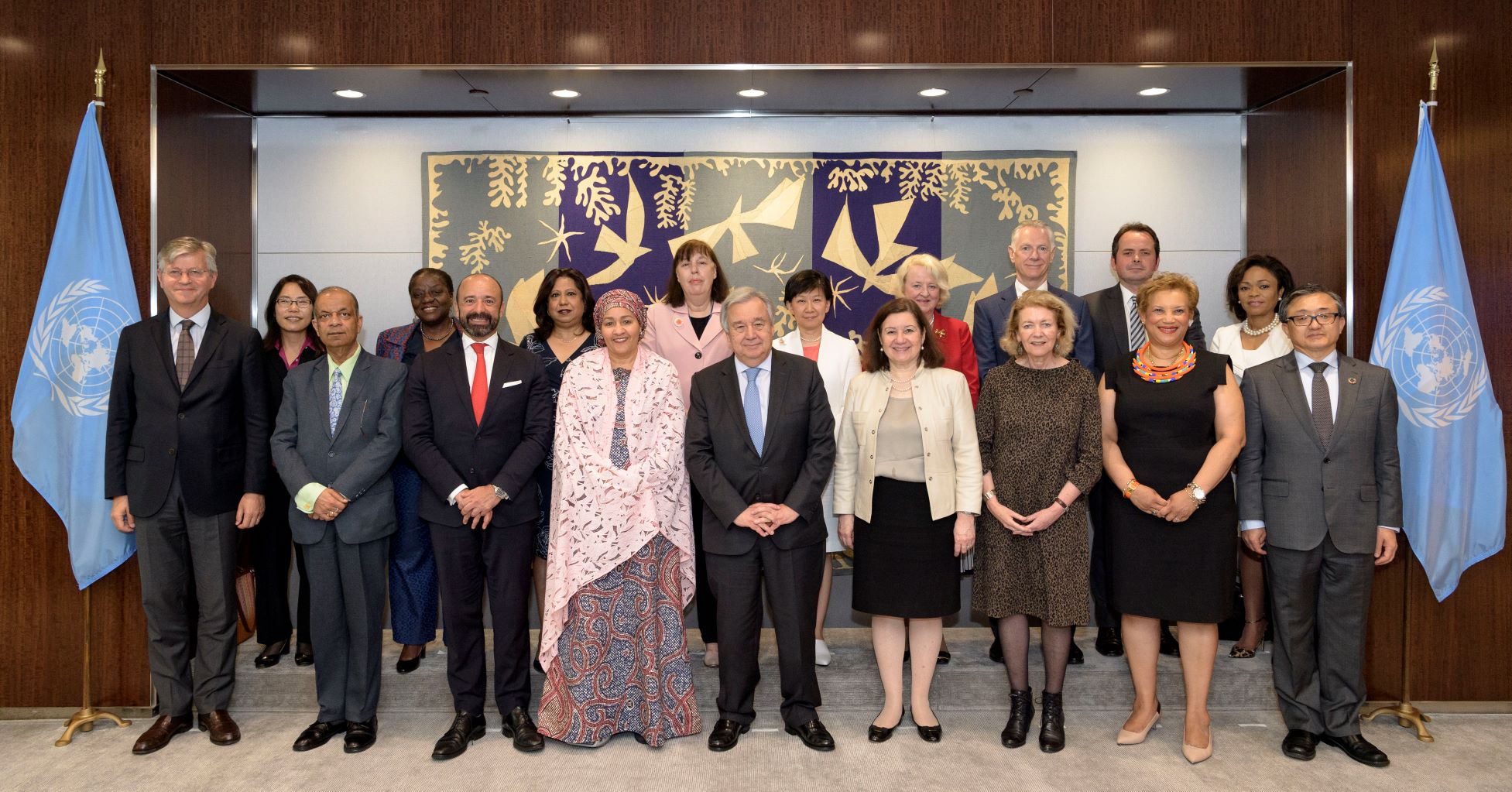 Senior Appointments at the UN: Using Data for Greater Transparency

In September 2017, UN secretary-general António Guterres launched a strategy to achieve a long-overdue goal of gender parity among staff across the United Nations (UN). While the deadline was set at 2028 for the UN entities farthest behind on progress toward parity, and 2026 for those with already-good records, in March 2020 Guterres announced that he had already achieved parity in the most senior appointments (the ones most directly under his personal control), meeting the goal for that category of staff a year ahead of schedule.

Progress in meeting the parity goals across the UN is now much easier to monitor than in previous years, but it is nevertheless surprisingly difficult to access data on patterns in past appointments, and to monitor current appointments in real time. Additionally, there is no way to analyze the way that gender intersects with other dimensions such as nationality, age, regional grouping, and so forth.

The NYU Center on International Cooperation (CIC) and NYU Center for Global Affairs (CGA) have been working together since 2017 to independently monitor implementation of the strategy. As one piece of this work, we have focused on developing a richer understanding of UN senior appointments (assistant secretary-generals, undersecretary-generals, and deputy secretary-generals), including gender and other demographic dimensions. To do this, we have collected data from press releases on the UN’s website, allowing us to gain insights on the strategy’s progress and produce an interactive database on current and past patterns in senior appointments, which will be launched in September 2020.

There has been no systematic collection over time of data on the gender, age, national origin, or rank, of senior appointments at the UN. Although data is available for some specific funds and agencies, or for specific parts of the secretariat, consistent data on demographic characteristics of senior appointments, or historical trends, are not compiled and published in an easily accessible form.

There are a number of possible reasons for this gap. Above all, high-level appointments reflect political calculations, sometimes highly sensitive ones, and there may be reluctance to release information about these decisions. In addition, there is a lack of clarity regarding who exactly should be counted as holding a high-level appointment. Titles may be assigned to individuals on dollar-a-year contracts (such as some “special envoy” positions) who control neither staff nor significant budgets, yet who are listed alongside those who play much more substantial roles. The nature of this information could be controversial for other reasons, too. Some member states appear to have held a disproportionate proportion of significant appointments—and a database could reveal the dynamics of the existing power imbalance.

Other reasons for the cloak of obscurity in senior appointment patterns include the fact that the UN’s relatively frequent reforms can make it hard to trace continuities and changes in the characteristics of those appointed to leadership. The lack of readily accessible information makes it hard to monitor how well the UN is performing in dimensions such as gender parity or geographic diversity.

Convinced that a meaningful evaluation of progress needs to be evidence-based, we established a CIC-CGA collaboration in 2019 to automate the data collection process and to publish the database in a visually compelling form. We used a machine learning–based web scraper, which collected information on all available appointments from UN press releases in a fraction of the time it would otherwise take to manually comb through the archives of the UN’s website. With this information, we are building a database of almost 1,300 senior appointments from October 1995 until present. The database provides details on appointment trends at the UN for the past 25 years. Our analysis provides answers regarding the pace at which the UN is working toward its commitments for more balanced representation—not just in terms of gender, but also across other dimensions such as nationality, UN regional groups, country income levels, educational backgrounds, and a few other characteristics of senior leaders.1

Following the data collection, we cleaned and verified the data. Some of the captured appointments did not meet the seniority threshold. Some senior appointments were never posted on the UN website and had to be added manually. To crosscheck the database, we used a list of current (in-office) UN senior employees provided periodically by UN Protocol and Liaison Service. In case of uncertainty about whether to include an appointment, we consulted experts with many years of service at the UN for their input. In our estimation, the overall coverage level of the database will be around 90 percent—close to 100 percent for appointments in the 2010s, with around 80 percent coverage for appointments in the 1990s. When it comes to detailed information on each of the appointments, certain dimensions within the database are easily accessible for all the appointees (e.g., their UN Region, for which we have 100 percent completeness), while other details are available only for some (e.g., number of children at the time of appointment, for which we have 56.1 percent completeness so far). Overall, the completeness level across all the dimensions within the database currently reaches 85 percent on average, which will allow for a robust trend analysis, especially for the period after 2010.

Over the next three months we will be finalizing the database and sharing preliminary findings; we plan to launch a Senior Appointments Dashboard in September, ahead of the 75th UN General Assembly. The dashboard will allow for easy navigation and instantaneous visual insights depending on the area of interest. For instance, the reader will be able to see how many women from any given country or region have been appointed in any particular year, or over the past 25 years. We hope this tool will facilitate a broader discussion on parity, diversity, and inclusion, and offer a strong evidence base upon which to build the best solutions.

Photo above: Secretary-General António Guterres and members of his Senior Management Group held a ceremony today for the signing of the 2019 Senior Managers’ Compacts. (UN Photo/Manuel Elias)