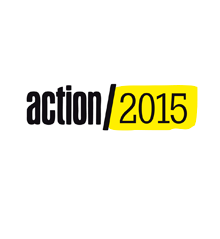 Last week, over 1,000 civil society organizations in over 120 countries launched a global campaign – action/2015 – to mobilize world leaders to commit to delivering ambitious sustainable development goals in the post-2015 era and to take action in tackling climate change. The UN Secretary General, Ban Ki-moon, also initiated a complementary effort to raise awareness on social media about the opportunities 2015 offers to chart a new era of sustainable development. But achieving goals will require action beyond words, and three key elements in particular need to be properly addressed in 2015: how to implement new, universal sustainable development goals; forging a new global partnership on development, finance, climate and trade; and addressing conflict.

1. Implementation of the proposed Sustainable Development Goals (SDGs) will be challenging. Policymakers and negotiators acknowledge that the lofty ambitions of the SDGs will not be easily met without more action from developed and developing countries. Never before has the world agreed on a universal development agenda, encompassing 17 goals and 169 targets across many aspects of economic, social, and environmental development. In 2015, countries must agree how to fill the gap between global ambition and delivery, through UN negotiations in New York and through Financing for Development (FfD) negotiations in Addis Ababa later in the year. Securing a deal will mean identifying enough wins for enough constituencies. Elements of a new deal will need to include the following: sustain aid for the poorest countries, leverage new sources of development finance for middle-income countries, take measures to boost developing countries’ domestic revenues, attract more private finance for development, and improve data on all financial flows for development. The world will also have to get much more creative about new partnerships to solve global problems, such as mobilizing multiple actors and sectors to end violence against the world’s children. Civil society and governments have the opportunity to propose many new, creative, and concrete partnerships in 2015.

2. A new global partnership for development will need to recognize that aid is a small piece of the pie and draw more coherently on private sector investment, technology, migration, trade, and climate finance. In 2015, negotiators have the opportunity to build greater international coherence and momentum through four overlapping international negotiations: the post-2015 negotiations, the WTO and UNFCCC climate summits in December 2015, and the financing for development summit in Addis in July 2015. But that also makes 2015 a high-stakes quadruple or quits year – failure along one of these tracks can set the others off track. We recommend listening to CIC’s Alex Evans here about the pressure on the multilateral system to deliver 2015.

3. Addressing conflict and violence: Poverty is increasingly concentrated in countries affected by conflict, and leaving no one behind will require tackling conflict and violence and building national institutions that can drive development in the future. That will mean better coordinating development, peacebuilding and peacekeeping efforts in support of nationally-owned plans, building the capacities of global and regional peace and security institutions, pursuing multi-sectoral development responses to implementing the SDG goal on peaceful societies.

The year 2015 will, without question, provide a historic opportunity for governments to lay the foundation for addressing the world’s most pressing challenges. Action/2015, and other campaigns like it, can play an important role by keeping a spotlight on these issues as well as on other crucial ways to turn ambition into reality when the negotiations are done.