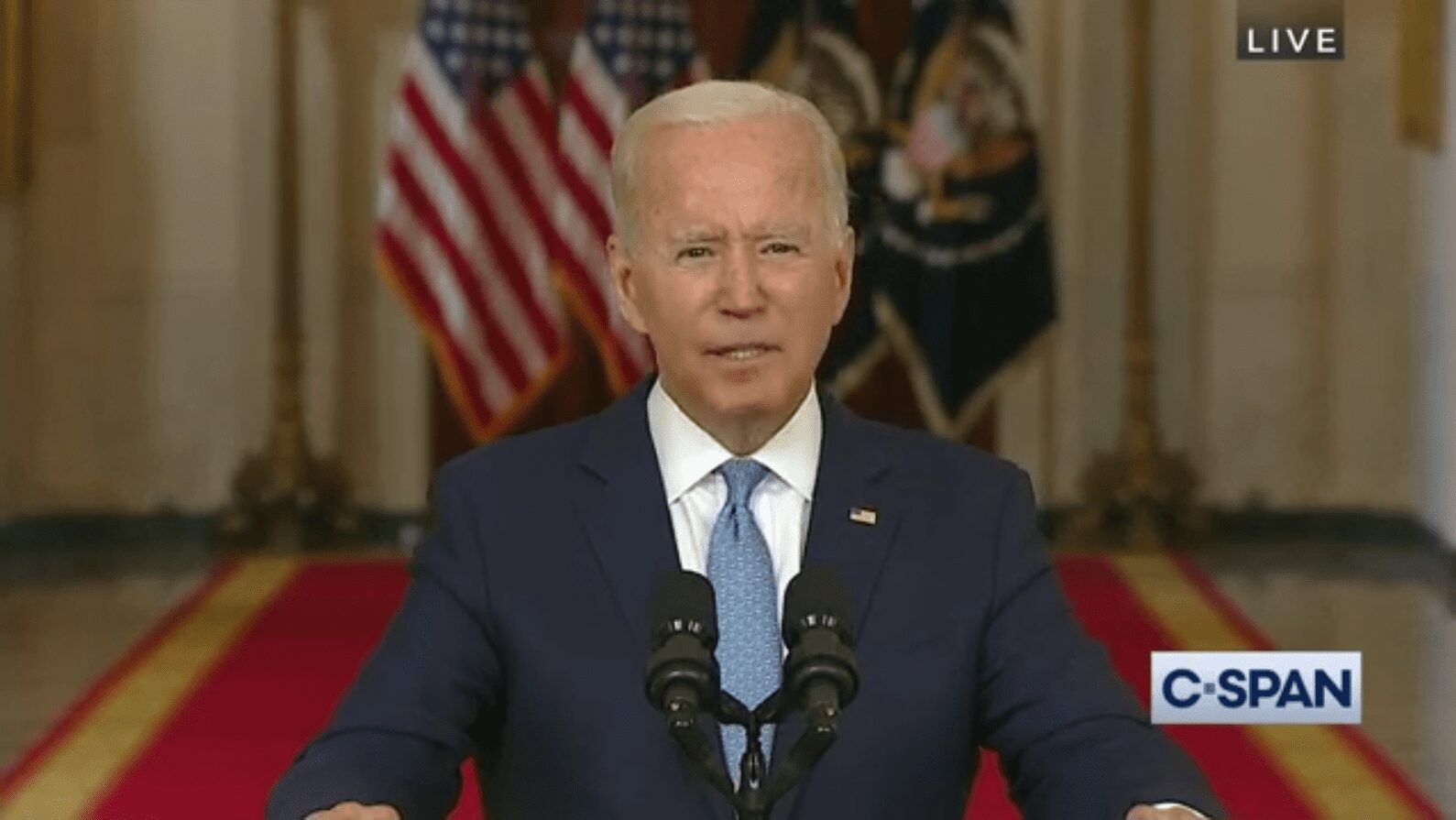 Perhaps the most discordant note in President Biden’s speech last Tuesday was the contrast between the deep empathy for US service members and their families, and the apparent lack of empathy for those left at immediate risk in Afghanistan, let alone the country’s larger population. It was jarring to see him tack back and forth between soft empathy and a harsh and palpable anger. Reading the transcript alone does not do it justice.

This was primarily a domestic political speech, of course, and so we were not expecting a full airing of strategic and political failures—and how it was that after twenty years, it all came down to a chaotic and incomplete evacuation. Even so, being a political speech does not excuse the message it sent to Afghans, to the rest of the world, and to U.S. citizens. There was barely any acknowledgement of Afghans at all, and not even a passing expression of regret about how the twenty-year partnership did not turn out exactly as we all would have liked. And there was a continued insistence that we had succeeded in our objectives, narrowly defined as delivering justice to Bin Laden and decimating Al Qaeda. In that, methinks he doth protest too much. With Al Qaeda-linked elements now back in power in Kabul, it is arguable that he isn’t completely convinced of that, only that we will now pursue our objectives via different means. Striving to appear resolute, his anger was most palpable when he spoke of his determination to confront future terrorism in Afghanistan through “over the horizon” support. Yet without a US diplomatic presence or adequate intelligence assets on the ground and with the US having no stake in seeing the Taliban government in Kabul succeed, there is an even greater risk than during the 20 years of fighting that drone or missile attacks targeting suspected terrorists will go awry, hitting innocent Afghans in urban neighborhoods and rural villages (more on this in a recent New York Times article from September 12, 2021). Whatever the many shortcomings in practice of US counterinsurgency doctrine, it at least, in theory, put the “population as the prize.”

Coming from a president who promised to always be straight with the American people, there were several questionable assertions, starting with “the war in Afghanistan is now over.”

The claim to the “extraordinary success of this mission” may be justified in gross numbers evacuated (130,000), but not in the unmentioned proportion of those who should have been or even were entitled to leave through affiliation with US agencies. And, of course, there was no number cited for the people who are at risk for having participated in a modernizing Afghanistan. The declaration that “no nation has ever done anything like it in all of history” was positively Trumpian. None of this diminishes in any way the debt we owe to the military and diplomatic personnel on the ground who were placed in untenable positions and risked their lives confronting a desperate crowd and unseen Daesh terrorists to help people through the gates and onto aircraft.

That “we were ready” and that the evacuation could not have been executed in a more orderly manner is belied by video from the airport and from the reports which continue to emerge on who got out and who did not and on conditions for evacuees in Qatar. President Biden’s assertion that evacuation at the end of a war can’t be done without “complexities” may be factually true but doesn’t justify the level of chaos we saw unfold in Kabul.

The “simple decision” that it was either leave by August 31 or “commit another tens of thousands of troops” or stay “indefinitely” was a false dichotomy, while reference to a “forever exit” seemed an attempt to discredit the pressure to allow more time to evacuate by linking it to the “forever war” slogan, which in itself is subject to abuse.

The dismissive comment that a “democratic, cohesive and united Afghanistan” had “never been done over many centuries of Afghan’s history” ignores the country’s long history of relative peace, especially the 1933-1978 period of stability that came to an end in large part due to US-USSR competition and the meddling of outside powers.

The President’s stark statement that “we had no vital interest in Afghanistan other than to prevent an attack on America’s homeland” comes as a slap in the face to those Afghans, especially the young generation, who had faith in America’s support for a democratic, modernizing, moderate Islamic country taking its place in the world. We have apparently forgotten the paeans we heaped on the committed Afghans who came out to vote and express their voice in the early elections. To say that “we succeeded in what we set out to do in Afghanistan,” kill Osama bin Laden, feels like a “Mission Accomplished” moment and ignores everything else we set out to do after 2001 and failed. In fact, Osama bin Laden was killed in a safe house in Pakistan, a country not mentioned in the speech. And al Qaeda remains in close relationship with the Taliban.

Finally, his reference to our engagement in a “serious competition with China” was ironic, considering that an expanding China may move into the vacuum which our precipitous departure from Kabul helped open up. There are reports that the Chinese are already providing support to the new government in its information technology architecture.

Of course, many of the Republican pundits who quickly lined up to attack the administration’s competence have zero credibility, having had virtually no comment when the Trump administration “negotiated” the artless deal that set the course for this debacle.

Looking past the speech, many of us hope that the lack of concern expressed for Afghans was only an apparent one—driven by a need to show toughness and resolve against terrorism, and not reflective of a real lack of concern.

Beyond the unquestionable and urgent need to get the remaining US citizens and eligible Afghans out of harm’s way and to help deliver humanitarian assistance to the more than one-third of the country said to be at risk, it’s now up to the Biden Administration to show us exactly what is in that oft-touted “toolkit.” If the administration really means to make human rights “the center of our foreign policy,” it should be held to its commitments, in the President’s own words, “through diplomacy, economic tools, and rallying the rest of the world for support.”