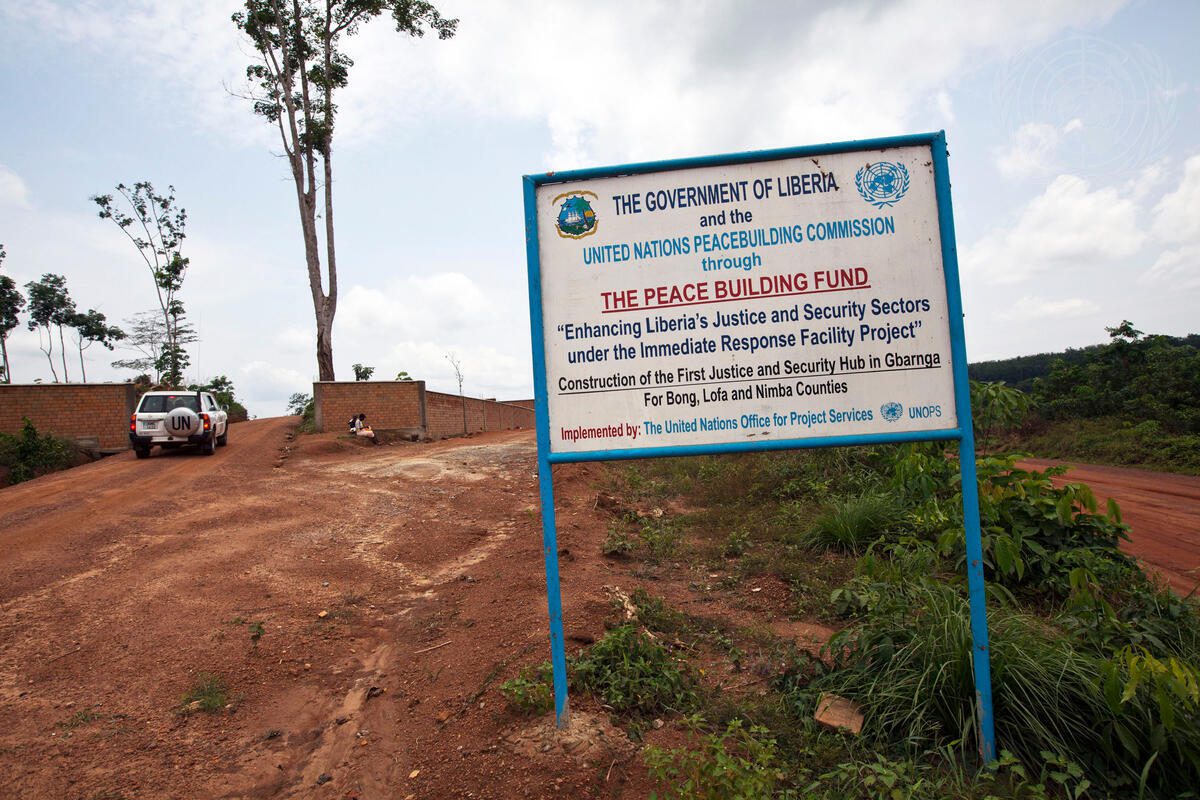 Financing Peacebuilding and the Triple Nexus: Organizational Structures and Incentives to Improve Coherence

In April 2022, international partners will meet in New York for a High-level Meeting of the United Nations General Assembly, on ensuring adequate financing for peacebuilding. Over the past year, the Swedish government has funded NYU Center on International Cooperation (CIC) to convene a group of advisory and research partners to stimulate new thinking and policy recommendations as part of the Good Peacebuilding Financing initiative.

While high-level events can be useful for galvanizing political commitment, the translation of those commitments into better financing for peacebuilding can flounder when they meet organizational and bureaucratic realities. Several prominent member states have recently adapted, or are now starting to adapt, the bureaucratic structures and procedures that manage their overseas assistance programs. This includes the merger in 2020 of the United Kingdom’s (UK) Foreign and Commonwealth Office (FCO) with the Department for International Development (DFID), to form an integrated FCDO. While it will take time for the implications of the merger to fully unfold, the overall trajectory for aid in the United Kingdom (UK) is discouraging. £4.1 billion has been cut from the aid budget compared to the 2020/2021 allocation: a significant amount of which is likely to affect the UK’s efforts to prevent, reduce, and resolve violent conflicts.The unfolding conflict in Ukraine is just the latest example that demonstrates the urgency of developing better approaches to peacebuilding, and greater coherence in crisis context more generally.

Against this backdrop, ODI’s contribution to the Good Peacebuilding Financing initiative has focused on the implications of donor structures and procedures for efforts to improve the coherence of peacebuilding financing strategies.

My recent paper looks at four closely-related structural features: siloed teams and budgets; rigid reporting lines and mandates; centralized decision-making, and thematic rather than geographic teams. It draws on examples and emerging good practice to propose principles for donors to consider, as part of internal reforms.

The ability to provide flexible financing—i.e., funding that is not earmarked for a particular project or domain of activity, is predictable across multiple years, and can be deployed quickly—is regarded as a critical success factor in HDP-nexus implementation. However, this flexibility can be frustrated by the way that donor architectures tend to place humanitarian, development, and peacebuilding teams into different ministries, agencies, or other siloes.

In Germany, for example, two separate federal ministries with different funds and instruments administer most of the country’s engagement in crisis contexts. While this creates important checks and balances, it can limit the incentives for cross-departmental cooperation and the flexible movement of funds across policy domains.

A more integrated approach, has been taken by the UK’s FCDO. Building on the approach of the standalone predecessor, DFID, FCDO has a flexible model that allows for the movement of funds to change in line with strategic direction and the specific demands of crisis contexts. This is partly because, unlike many other international partners, FCDO does not separate its budget in terms of development and humanitarian spend.

This single-budget model may not possible or practical for other donors to replicate. If this is the case, they could explore mechanisms that allow for permeability across budget lines, such as pre-authorizing the transfer of funds at short notice, to capture benefits of more integrated models.

When humanitarian, stability, and development aid instruments are managed by different teams or agencies and tap into different budgets, they also tend to have distinct accountability procedures, which can create disincentives for teams to work together and share information. Vertical accountability lines can drive fragmentation and incoherence in planning and provision of finance.  For example, although the European Union (EU) actively supports integrated approaches at the policy level, it maintains separate mandates and reporting lines for the EU Delegation and the field offices of European Civil Protection and Humanitarian Aid Operations. While this may be constructive for efficient humanitarian support, there is some evidence it has undermined joined-up working across the nexus with other international partners, and across EU agencies.

Donors should consider more horizontal reporting lines. A potentially useful mechanism has recently been introduced in the United States. The Global Fragility Act asks the State Department to create—jointly with USAID, the Department of Defense, and other agencies—a coordinated strategy for engaging in fragile settings. The act includes several provisions to hold these agencies to account for achieving results, including a requirement to jointly report to Congress on their work in such environments. While it is too early to report on whether this is making any difference on the ground, it is a promising way of incentivizing coherence and collective action across the nexus pillars, in the absence of single departmental budgets or planning processes.

Donors should also streamline processes for approving changes and support more decentralized management and decision-making, where possible. Moving decision-making closer to staff in-country or in regional configurations can reduce the transaction costs of coordination, and allow for closer links at the political and implementation levels. Decentralized decision-making can also promote more flexible financing strategies, particularly when supported by a single budget model for humanitarian, development, and peacebuilding spend.

Development agencies have a mixed record in promoting decentralization. For example, in Germany, political decision-making occurs at the Federal Ministry for Economic Cooperation and Development (BMZ) headquarters. The Deutsche Gesellschaft für Internationale Zusammenarbeit (GIZ) is the main technical partner of the BMZ in terms of conflict prevention and resolution, and peace and governance reform. There are complex decision-making, communication, and feedback loops within this setup. Such a complex and heavily centralized arrangement risks being overly bureaucratic and producing high transaction costs, with negative implications for working across the nexus. It also means that political decision-making tends to be informed by top-down political priorities and foreign policy orientations rather than by conflict expertise and local knowledge.

By contrast, the approach of the UK is, again, often cited as good practice amongst the OECD Development Assistance Committee countries. Within FCDO, and DFID before it, decision-making on allocations within country budgets is fully decentralized. DFID’s operational review in 2018–2019 provided several examples of how country offices took advantage of this delegated authority, using a flexible blend of development, humanitarian, and peace investments to deliver results at the country level.

A fourth recommendation in my paper is that donors should consider how management structures, strategic planning, and high-level financial allocation decisions can be organized around country or geographic priorities, rather than particular sectors or themes. Clustering teams in geographic rather than thematic units can generate better contextual knowledge and a closer understanding of local political dynamics and security considerations, particularly when those teams interface at the country level with integrated embassies. This is the case with Switzerland’s Swiss Agency for Development and Cooperation (SDC), for example. SDC programs and partner projects concentrate on a specific geographical area where a coherent Swiss approach is applied, accompanied by local risk assessments and actor mapping.

As international partners gather to discuss peacebuilding financing in New York in April, they will inevitably be constrained by the organizational realities through which they have to deliver such assistance. As I have tried to show in this blog and my accompanying paper, changes in organizational behavior and outcomes require supportive bureaucratic structures. Those structures do not change overnight, and are often shaped by political factors, as much as by considerations of coherence or effectiveness.

However, organizational changes also depend on high-level political leadership and strong institutional incentives. To support staff in working flexibly, collaboratively, and coherently in crisis contexts, the leaders attending the April meeting should provide clear, visible signals to their agencies and teams that collaboration and joined-up working across the nexus will be rewarded. This should include incentives for promoting sustained, flexible, and well-managed financing of the peacebuilding component.

As an example, a reform process currently underway in Global Affairs Canada is looking partly at organizational structures, but also at organizational culture, knowledge, and awareness of working across the nexus and incentive structures for doing so. This includes the creation of a “nexus award” that is handed out by Deputy Ministers; the identification of specific nexus competencies in formal staff training; and the inclusion of mandatory language on nexus performance as part of performance agreements among the executive cadre.

For Good Peacebuilding Financing to become a practical reality, strong leadership and signalling are key—both at the UN and within governments at home. Organizational change reforms are difficult, long-term initiatives. Many governments are already taking steps to move in this direction, and monitoring and support from both the inside and the outside can help keep them on a positive track.