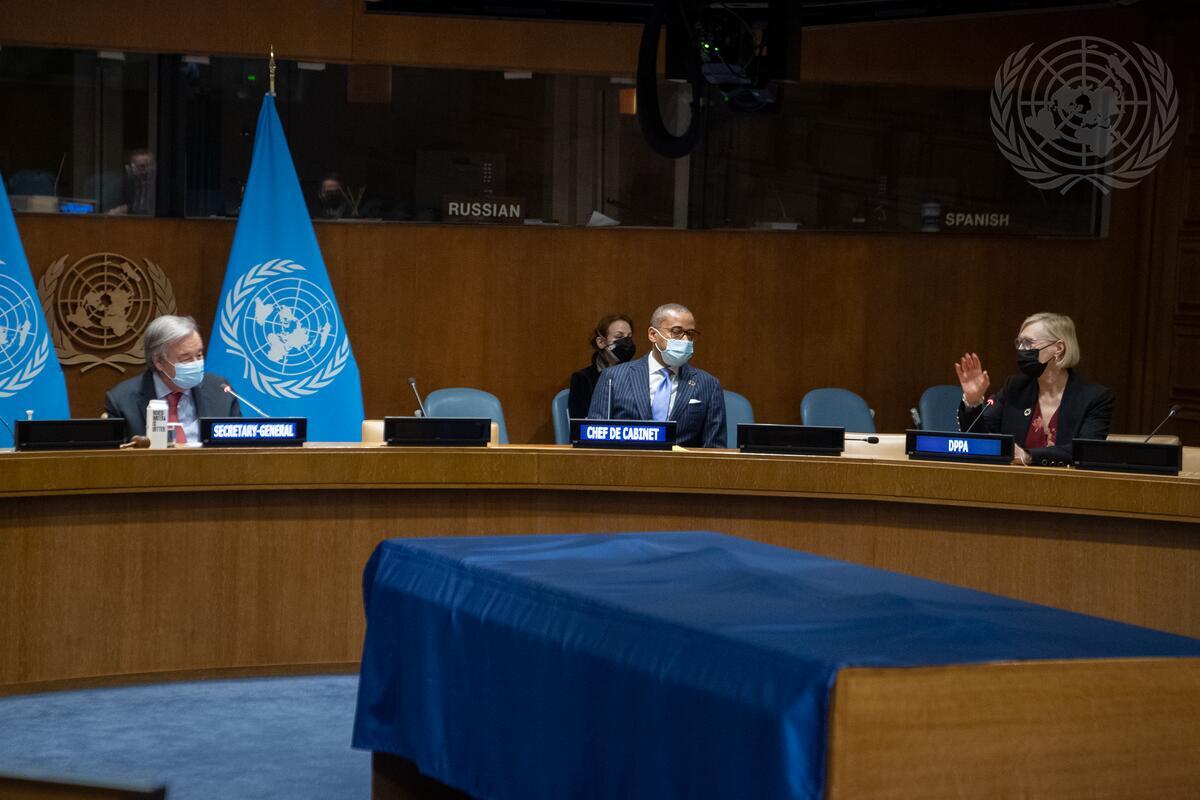 The Secretary-General’s Proposal for Assessed Contributions for the Peacebuilding Fund: An Explainer

“The costs of responding to crises have grown to unsustainable levels in recent decades. Activities in support of peacebuilding and sustaining peace can help to save lives and reduce the financial resources required to address emerging crises. The Peacebuilding Fund has proven to be an important tool I that regard, providing for flexible, responsive and focused resource at the disposal of the UN system. However, a significant gap remains between the level of funding available and the level of funding required to meet peacebuilding requirements, a gap that is particularly pronounced in those countries in which UN peace operations are undergoing transition or recently completed their mandates.”

This paragraph introduces the recent UN secretary-general’s report on “investing in prevention and peacebuilding” submitted in advance of the High-level Meeting on Peacebuilding Financing to be held on April 27, 2022. In this report, the secretary-general makes a proposal for the General Assembly to approve, on an annual basis, $100 million in assessed contributions to the UN Peacebuilding Fund (PBF).

The secretary-general’s appeal is at once logical and impassioned. This is not the first time he has asked for more predictable support for the PBF, which he sees as the UN’s main vehicle to drive coherent approaches to peacebuilding and prevention across the UN system, in partnership with national governments. In 2018—following the recommendations of the 2015 Advisory Group of Experts convened for the peacebuilding architecture review—he called upon member states to consider an allocation of $100 million in assessed contributions to the PBF, arguing that the fund needed some form of predictability and sustainability.

In this explainer, we unpack the proposal and address misconceptions and key sticking points for member states.

What is the case for more predictable and sustainable funding?

In short, peace is a core mission of the UN. The PBF was established by the General Assembly in 2006 as a catalytic, rapid response, and flexible pooled fund to finance activities to sustain peace in conflict-affected countries. In line with the principle of nationally led peacebuilding, all PBF activities are agreed with the national government.

The secretary-general’s report stresses that the PBF is particularly relevant in peacekeeping mission settings because it funds projects that support or complement mission mandates, including those that operate on a regional or cross-border basis, and it is very useful in transition settings in helping to align peacekeeping missions and UN country team efforts and seeking to provide resources for peace consolidation activities after the mission exits, helping to reduce what is referred to as the “financial cliff” for the UN country team, which may have little funding to maintain critical peacebuilding activities after a mission leaves. This said, most PBF-eligible countries are in non-mission settings, where the PBF serves as a valuable tool for preventing the outbreak of and relapse into conflict.

How is the PBF currently funded?

The PBF is funded solely through voluntary contributions, in accordance with the resolution that created it. The fund was established with an initial target of $250 million, and in its current strategic plan, it hopes to invest about $500 million annually. Looking at the past three years, however, the fund has only averaged approximately $164 million annually in voluntary contributions.

Most funds come from a small number of donors: Germany, Sweden, and Norway account for more than 50 percent of contributions, and more than 95 percent of the contributions come from just 12 countries. The call for adequate, predictable, and sustainable funding for the PBF is therefore made for very practical reasons: 1) it does not have adequate funds to cover the many needs of countries, especially in transition contexts; and 2) the small number of donors and voluntary nature means that funding can be highly volatile, making it difficult predict, year over year, what funding it may be available.

What exactly is the proposal for assessed contributions?

The proposal is for a new annual assessment through a dedicated special account. All UN member states would contribute to the account, thus expanding the donor base for the PBF

How will the assessment be determined?

Will having an assessment for the PBF divert resources from other budgets for peacekeeping and Special Political Missions?

No. In this report, the secretary-general proposes to have a dedicated assessment for the PBF; the funding therefore would not come out of any other assessed budgets such as those of the program (Regular) Budget or of Peacekeeping Operations.

How would the proposal affect the PBF’s capacity to finance sensitive issues such as human rights?

It is important to note that the PBF operates on the principle of national ownership, and all projects—including human rights projects—are only undertaken at the request and agreement of governments. Projects are based on priorities jointly submitted by the government and the UN, through the resident coordinator.

How does the proposal balance accountability and governance for the assessed contributions, on the one hand, with the need for the fund to maintain flexibility and responsiveness, on the other?

Allowing member states to keep an eye on their money and monitor what it is doing is critical for the legitimacy of the fund. If the proposal is approved, the secretary-general would provide two reports to the budget committees on an annual basis in the future. The first is the narrative report on the activities of the PBF, which covers the activities of the fund, as well as trends and lessons learned from the previous year. The second report is a detailed financial report detailing sources and uses of funds.

Although some Member States believe that the General Assembly should have a greater say in how funds are used if the PBF receives access to assessed contributions, this could reduce the flexibility and responsiveness of the Fund while also potentially conflicting with the principle of national ownership.

What is the process/next steps?

The proposal has been reviewed by the Administrative and Budgetary Committee (ACABQ). The secretary-general’s report and the ACABQ’s recommendations will then be considered by the Fifth Committee of the GA in May 2022. As the Fifth Committee operates on the basis of “the broadest consensus,” if no member state opposes the proposal, it should pass.

Would this open the door to other special assessments?

Some member states have expressed concern that adopting this route of a new assessment could expand the range of activities that are funded under assessed contributions—potentially setting a precedent for future proposals from other sectors. While this is a possibility, presumably member states could prevent this, if they wish.

While there is no easy answer to some of these issues, member states are alive to the fact that the world is facing an existential threat from conflict, violence, and other global crises that have downstream effects for peace and security. Current world events draw our attention to the fact that the founding imperative for the UN as a multilateral system is as relevant today as it was then. A coming together of minds is important on the financing for peacebuilding agenda, now more than ever.