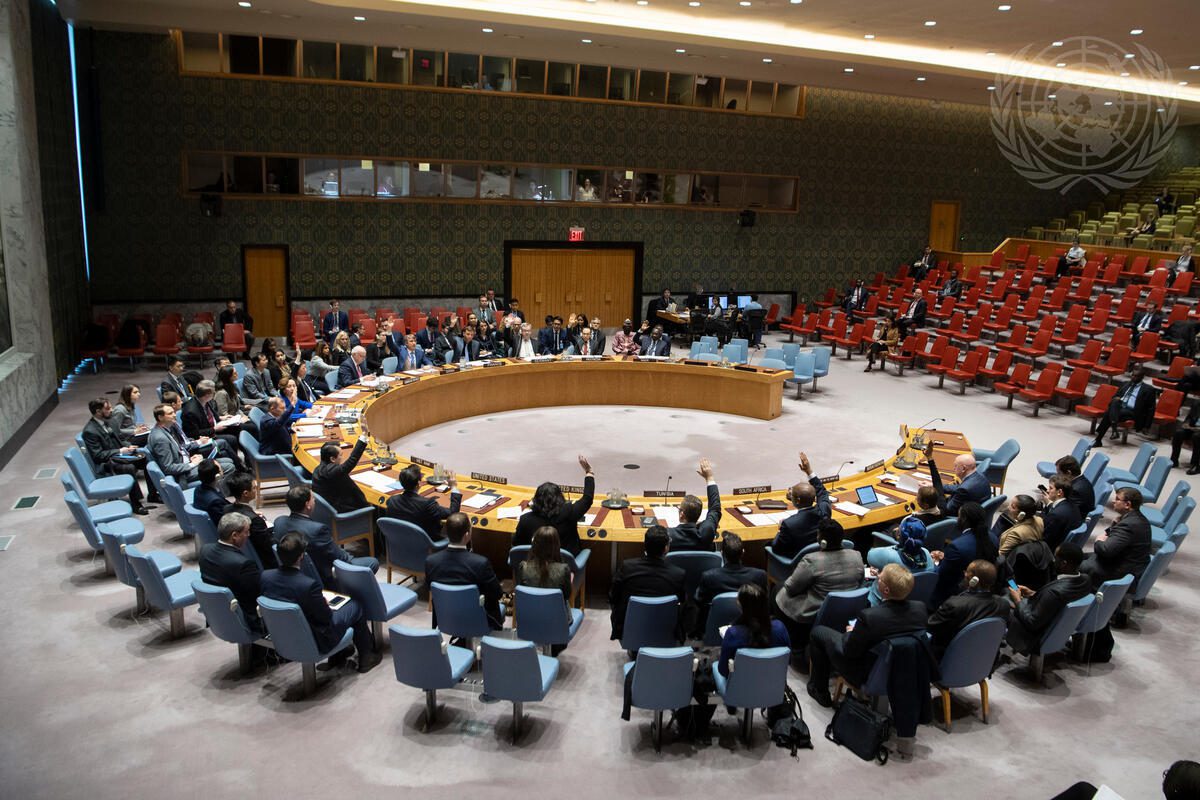 In March 2020, the UN Secretary-General António Guterres called for waiving of sanctions imposed on countries to ensure access to food, health, and medical support necessary to fight COVID-19, especially for those already facing dire humanitarian challenges. “This is a time for solidarity not exclusion,” he said. His call was reinforced throughout the year by OHCHR and OCHA, as they all have highlighted the importance of avoiding the collapse of any country’s medical system, which would not only be devastating for the country but could heighten secondary economic and security risks.

The Secretary-General’s call sparked discussions around sanctions and its impact on humanitarian and peace efforts—particularly in the context of the COVID-19 pandemic—as the centerpiece of various discussions by member states in 2020. Earlier in the year, the Russian Federation, along with the Central Africa Republic, Cuba, Nicaragua, and Venezuela, introduced a General Assembly resolution that called for easing of “unilateral coercive measures (UCMs)” to reorient global priorities toward minimizing the impact of the pandemic. Although the draft resolution failed to see much support in the General Assembly, it shed some light on the potential impact of unilateral sanctions on global fight against the pandemic.

The argument for easing of unilateral sanctions continued to be brought up throughout the year, notably during the high-level week of 75th Session of the General Assembly. During the General Debate of the 75th session, the members of the Non-Alignment Movement Group (NAM) strongly criticized the US sanctions imposed on particular countries, led by Venezuelan President Nicolas Maduro and his allies – Cuba, Nicaragua, and Syria.

The Security Council may decide on measures to disrupt economic and/or financial relations of a particular country in accordance with Article 41 of the UN Charter. The Council has used arms embargoes to reduce the abilities of designated entities or individuals to incite violent conflicts through restricting their access to arms, or freeze assets to limit their abilities to fund violent activities that could undermine stability in the country. With the aim of preventing (a) outbreaks, (b) escalations and continuations of conflict, and (c) recurrences of violent conflict, the sanctions by the Council are designed to work in sync with the ongoing peace operations, mediation, and peacebuilding engagements.

Some have taken note of a counterproductive effect of sanctions on the desired political shifts, as well as the inability to issue restrictive measures against certain countries despite recurrences of persecution against particular ethnic groups, due to the politicized nature of the council’s decision-making processes. Such limitations often lead to individual member states and regional actors imposing sanctions on their own initiatives. An example of this is the current situation in Syria. In June 2020, the United States imposed a set of sanctions to cut off revenue for the Syrian government to pressure them to re-engage in the UN-led political process, as there was little hope in the Security Council to impose sanctions against the government. The EU also has been maintaining its restrictive measures against the Syrian government since 2011, which includes 273 individuals and 70 entities subjected to asset freezes and travel bans.

Throughout much of 2020, Russia and China have repeatedly criticized the US and EU for how their restrictive measures hindered responses by the Syrian government to the pandemic, demanding that these measures be eased. However, both the US and EU have emphasized their intentions to maintain status quo are based on the humanitarian exemptions that ensure operation of humanitarian organizations in contexts under sanctions. While their sanctions are enforced with necessary exemptions, there are inevitable consequences of significant delays and high cost in humanitarian operations, most of which are left to the humanitarian actors to be dealt with. On this end, the US and EU have blamed the closure of the Bab al-Salam border crossing in July 2020 by Russia and China for the worsening of the humanitarian situation in Syria.

This has been the area of contention among the two sides: some member states have been insisting on maintaining the sanctions to prevent further escalation of violence through restricting the activities of designated entities or individuals, while others have emphasized that these unilateral sanctions are “illegal,” thus should be lifted to maximize the capabilities of the targeted countries in responding to the pandemic. In fact, the argument on sanctions impeding a country’s ability to fight the pandemic has gained some credibility through analysis from USIP and The Nation of the impact of US sanctions—including the addition last year of sanctions targeting 18 of Iran’s major financial institutions—which significantly disrupted the country’s banking system, thus significantly degrading the country’s ability to fight the pandemic. Much of the same could be said in the case of Venezuela, where the UN Special Rapporteur has urged the US, EU, and others to drop their unilateral sanctions, claiming that these measures undermine the principle of sovereign equality of states and impede the ability of Venezuela to respond to the pandemic.

It has been surprising to see sanctions pop up as an issue in some negotiations—such as the one for the peacebuilding architecture review. But as the pandemic continues to exacerbate existing crises around the world, the discussions around sanctions will likely remain in the UN for the foreseeable future, especially in the Security Council. Given that humanitarian, development, and peacebuilding are closely interlinked, worsening humanitarian situations threaten to jeopardize the gains made by the development and peacebuilding efforts. This situation gives an opening for detractors of certain sanction regimes to try to make their case—even as proponents strive to ensure that proper allocations for humanitarian assistance are in place as they keep the political pressure on.

At the end of the day, discussions on imposing or removing sanctions are inherently political, and resistance will be inevitable to easing some of the restrictive measures. The specifications of restrictive measures could potentially be negotiated between relevant actors to assist national responses to the pandemic but doing so would require these actors to set aside their differences and agendas, which at this point seems unlikely.