The flagship report of the Pathfinders Grand Challenge on Inequality and Exclusion is about the solutions that will deliver equality and inclusion. It is the culmination of several years of research and mobilization undertaken by a unique partnership of ten countries, the United Nations, the World Bank, the OECD, Oxfam, and CIVICUS, along with numerous partners and international experts. The report constructs a bridge between the rhetoric of “build back better” and action: a bridge between promise and progress. 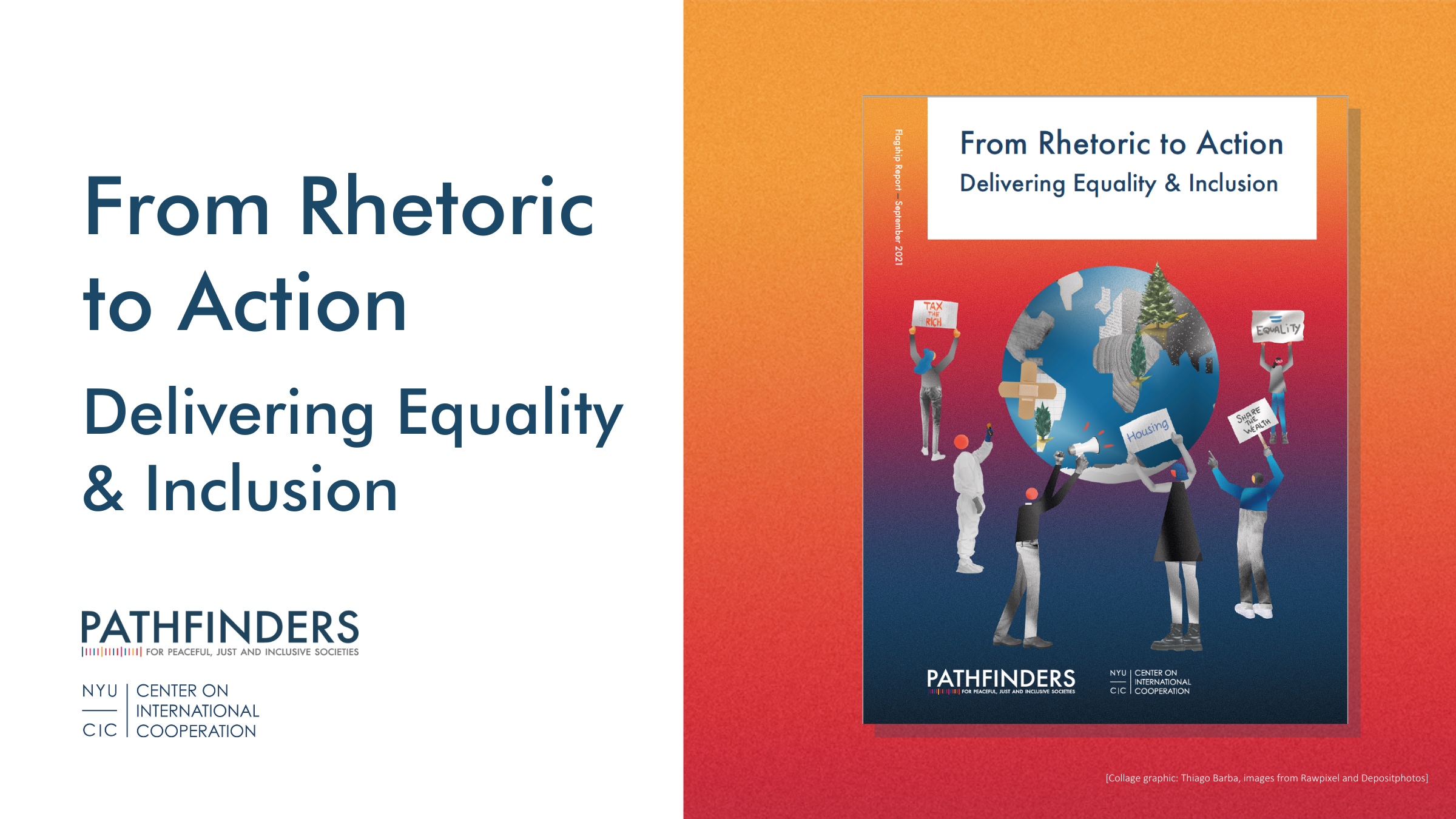 The report draws on the lived experiences and desires of people across countries around the world. To understand citizens' concerns about inequalities, their policy priorities, and their desire for change, Pathfinders commissioned a public opinion survey in eight countries: Canada, Costa Rica, Mexico, Sierra Leone, South Korea, Sweden, Tunisia, and Uruguay. These opinion surveys show an immense preoccupation with societal divisions and a consensus that more needs to be done to address them.

Additionally, it underlines the need for renewed social contracts between citizens, civil society, the private sector, and governments, as well as between high and low- and middle-income countries. These social contracts must be built to serve future generations, to guard against climate breakdown and pandemics while delivering respect, opportunity, and justice for all. The report should serve as a practical handbook for policymakers and influencers; as a source of possibility for the public; and, as a call to all political leaders to act.