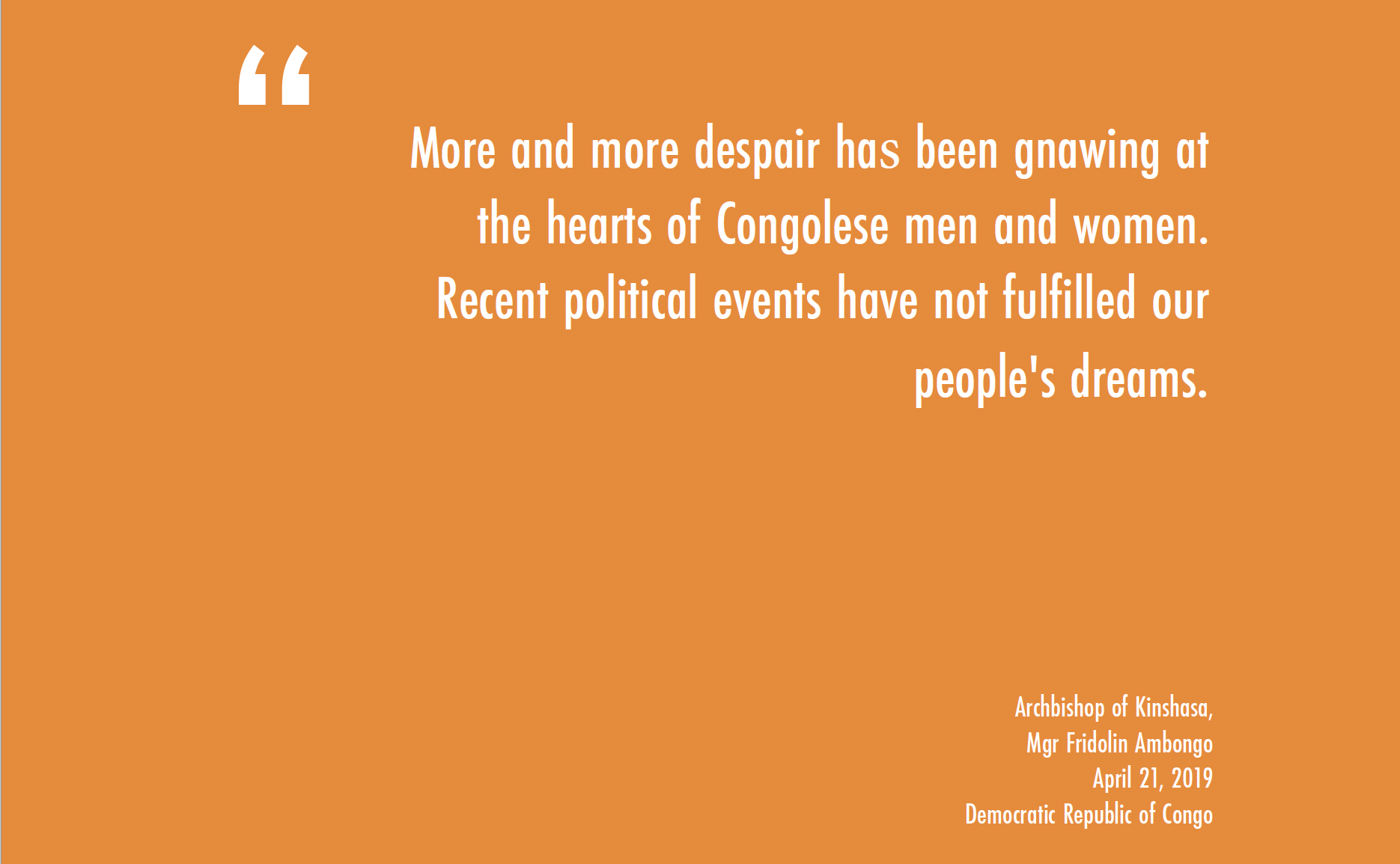 The Democratic Republic of the Congo held national presidential and legislative elections on December 30th 2018. The elections, which had been delayed by two years, were mired in controversy. The national electoral commission declared opposition leader Felix Tshisekedi the winner of the presidential poll. However, a leak from the same commission, whose results were extremely similar to those released by the Catholic Church’s observation mission, showed that Martin Fayulu, another opposition leader, clearly won the elections.

Despite this controversy, the post-electoral scene has been relatively stable. Tshisekedi was inaugurated on January 24th and has spent his first months traveling abroad––meeting with at least 17 heads of state since January––and in the country. Meanwhile, Martin Fayulu has launched a campaign to contest the election results, holding rallies in several towns across the country.

How do Congolese feel about these events? In order to assess public opinion at this critical juncture, the Congo Research Group (CRG) at New York University (NYU) and the Bureau d’Études, de Recherches, et Consulting International (BERCI) conducted two nationally representative telephone polls in March (1,212 people) and May 2019 (1,294 people). The poll supports the following conclusions:

Congolese have mixed feelings about the elections.