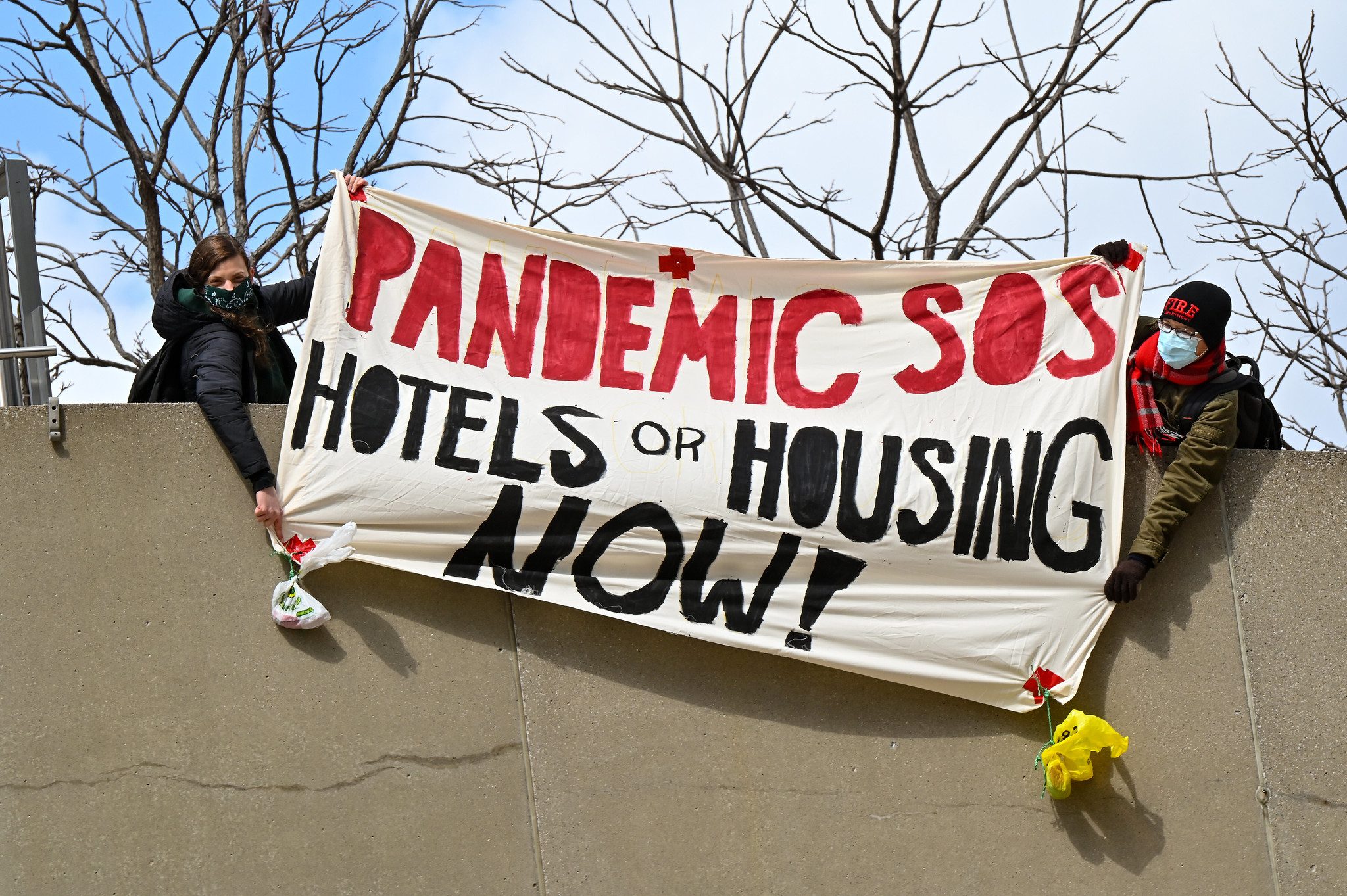 This blog post is the condensed version of a CIC briefing on the changing landscape of public support for radical policy change in response to the COVID-19 pandemic. You can read the longer briefing document here.

In the face of the COVID-19 pandemic, economic collapse, and widespread documentation of police violence against communities of color, American public opinion is undergoing seismic shifts. Nowhere is this more evident than in the public’s support for the Black Lives Matter movement. Support for BLM has skyrocketed, increasing 11 percentage points among registered voters over just two weeks. The awareness of something fundamentally broken about the way our justice system treats people of color has spread across demographic groups just as mass protests have spread across the country.

The structural components of racial inequality have their echo in the structural aspects of economic inequality, and people are coming to understand just how little about the way we organize our economic life is inevitable or immutable. The sweeping relief packages enacted by governments across the world have shown how quickly states can restructure the economy to prioritize people over profits.

Support for downward redistribution skyrocketed in response to these measures, bleeding across the boundaries between developed and developing nations. As we observe in a broader analysis of global polling data, the center of gravity in public discourse has shifted—and policies that seemed radical before the pandemic now have wide support. More than 90 percent of Colombians and Pakistanis support direct cash transfers, while 72 percent of Britons support a jobs guarantee, with only 6 percent opposed. 79 percent of Americans now support a universal monthly cash transfer, a jump of 36 percentage points since 2019. Global numbers are similarly staggering, with countries as diverse as Jordan, the United States and Chile all identifying inequality as a top concern.

The appetite for a broad restructuring of our economic life goes beyond short-term measures, and those who found a pandemic unexpectedly on their doorstep are increasingly ready to tackle other long-term threats. Shockingly for a country where one of the two major parties still denies the reality of climate change, 59% of Americans now believe that climate change is as serious an issue as the COVID-19 pandemic, while the numbers in other developed countries are higher still. The need for change has spread up and down the global supply chain, with support for a green recovery moving north of 80 percent in major manufacturing countries like China, India, and Mexico.

This hunger for radical change extends across traditional policy boundaries, as Americans confront broken or inaccessible healthcare, education, or child support systems on a daily basis. The families who couldn’t be physically present when their loved ones were losing a battle against COVID-19 don’t want to memorialize that loss with a hospital bill. In the United States, net support for single-payer healthcare has jumped 9 percentage points, with over three quarters of the public supporting some form of universal healthcare, and 70 percent in favor of expanding Medicare to all Americans.

After months at home with children, attempting to balance the competing demands of the workplace and the home with no clear dividing line between them, 69 percent of Americans now support the creation of a universal child care system. Similarly, week after week of Zoom classes leading up to an e-graduation may have contributed to the fact that 60 percent of Americans support free tuition at public colleges and universities, a jump of seven percentage points.

One thing is clear: the ground is shifting beneath our feet. In the American context, this is occurring in the midst of a presidential campaign. The potential exists for a transfer of power in the midst of a groundswell of support for radical policy change, potentially occurring during a second wave of COVID-19 outbreaks. While some leaders may feel the temptation to resist these policy changes or ignore their support in favor of a return to the status quo ante, it’s imperative that they recognize that impulse for the fiction that it is.

The protests of the last few weeks have shown us that problems ignored for decades do not, in fact, simply go away, “like a miracle.” They require concerted effort to address, and this kind of opportunity to enact broad change may not come again in our lifetime. Amidst all this horror, ordinary citizens have shown the country that they’re ready to dream big—not just of a trip to the barber or a dinner out, but of racial justice, a green economy, and an economic system that supports workers, parents, and those battling illness. It’s imperative that leaders tread the path laid out before them boldly, because, as COVID-19 has shown us, the price of inaction is death.