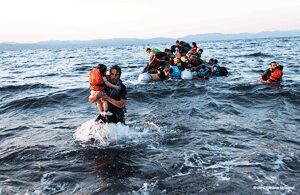 The United Nations faces severe strains on its operational and political credibility.  Crises in the Middle East and Africa have placed huge burdens on UN humanitarian agencies, peacekeepers and mediators.  Tensions between the West and Russia in the Security Council over Syria and Ukraine have hurt the UN’s wider reputation.

2016 is likely to be another difficult year for the UN.  Fresh outbreaks of violence will almost certainly occur in some of the weak states where UN peacekeepers are deployed including South Sudan, Mali and the Central African Republic (CAR).  There is a particularly notable risk that controversial elections in the Democratic Republic of Congo (DRC) could lead to violence, testing the peacekeepers there.

UN peacekeeping forces may also be required to deploy to assist fragile states in the Middle East and North Africa including Libya, Yemen and potentially even Syria.

The threat level to UN personnel in these places would surely be very high.  The U.S. has recently urged European countries to send troops to reinforce UN missions.  The Obama administration will maintain pressure on EU members on this issue in 2016.

The humanitarian crisis in the Middle East will continue, and UN agencies may not be able to gather the necessary funds to support more Syrian refugees in particular.

The weakness of the humanitarian system in the Middle East may led to a further influx of refugees into Europe.  Facing domestic pressures, European governments may be forced to boost their financial support to UN humanitarian operations dramatically, perhaps by diverting funds from long-term development aid projects.

The World Humanitarian Summit, scheduled to take place in Istanbul in late May, will focus additional attention on the current strains on the UN’s relief agencies.

There will be new calls for the members of the Security Council to cooperate more effectively in the Middle East.  The U.S., Britain and France may finally choose to compromise with Russia over the future of Syria to ease the situation.  But other conflicts, above all Ukraine, will continue to be sources of tension in UN discussions.

The U.S. will wish to ensure that ongoing differences with Russia do not disrupt the implementation of the Iran deal.  There may be questions about Iran’s fulfillment of the agreement, and in theory these could come up for review the Security Council.

But all parties will try to avoid this situation.  Western powers are likely to look for ways to build on the nuclear deal and engage with Iran on other issues at the UN.

There are also some signs that if Moscow continues to take a confrontational line towards the West at the UN, China may adopt a more conciliatory position.  Beijing has recently made major pledges of money and peacekeepers to the UN, and may adopt a greater leadership role inside the organization.  However, Chinese officials are unlikely to break off cooperation with their Russian counterparts completely.

Progress on Security Council reform or proposals (backed by France) for the permanent members of the Council to limit their use of the veto is highly unlikely.

The permanent members of the Security Council will encourage the UN to play a greater role in preventing and countering violent extremism, a rare area of great power consensus.  But the UN’s tools to play a major role in this field remain limited.

The selection of a new Secretary-General to replace Ban Ki-moon at the end of 2016 will suck up political energy in New York.  There is a strong argument that its Eastern Europe’s turn to fill the top job at the UN, and Moscow will fight hard to ensure that a pro-Russian politician from the region gets the post.  This may lead to further clashes with the West. The U.S. has also indicated that it prioritizes selecting a woman for the post.  It may prove necessary to search beyond Eastern Europe to find a leader who is acceptable to all permanent members of the Security Council.

The need for compromise means that the next Secretary-General may be a cautious, bureaucratic figure (not unlike Ban Ki-moon) rather than an inspirational leader.

Elsewhere in the UN, debates over development policy and climate change will be less intense than in 2015, following the agreement of the Sustainable Development Goals (SDGs) and Paris climate change agreement.  Experts on these areas will focus on the first phase of their implementation, but this will attract less political and media attention.  By contrast a special General Assembly session on the world drug problem, in April could be a chance for states to reconsider failing drugs policies.

There is a risk that the UN will become a partisan issue in the U.S. presidential campaign, with Republican candidates attacking the Democrats for their multilateral commitments. The Iran deal will be a particular target of criticism.  This may raise fears, especially in Europe that from 2017 onwards the U.S. will take a more negative approach to the UN than the Obama administration has adopted.