The Post-2015 Agenda: 3 Thoughts on Latin America, and 1 on the Caribbean 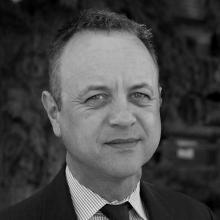 Late last week, CIC published A Laboratory for Sustainable Development? Latin America, the Caribbean and the Post-2015 Development Agenda, a report that I co-authored with my CIC colleague, Alejandra Kubitschek-Bujones.

It was commissioned as an input to a retreat for Ambassadors from the Group of Latin American and Caribbean Countries in the United Nations, their negotiators from capitals, and representatives from the UN in the region, along with its companion piece What Happens Now? Taking the Post-2015 Agenda to the Next Stage.

While Alejandra is an expert on the region, I am not. So here’s an outsider’s perspective, based on a series of interviews with people from the region who are immersed in the post-2015 agenda, and others who see it within a broader geopolitical context.

1. Latin America has exerted disproportionate influence in the early stages of the post-2015 debate and could play a decisive role over the next two years.

In the run up to Rio+20, Colombia and Guatemala published a joint proposal that put sustainable development goals on the international agenda. This is a classic example of how countries can drive global policy by articulating ‘big picture’ concepts in a format that creates broad debate. As host of Rio+20, meanwhile, Brazil played an important role in shaping the SDGs, while the current President of the General Assembly is from the region.

Over the next two years, Latin American countries will be the swing vote on many key issues. Whether they drive progress, or hold it back, will have a significant impact on whether or not the UN agrees a worthy replacement to the MDGs.

2. Latin American countries will be most influential if they build on their experiences as ‘laboratories for sustainable development.’

We pretend it’s not – but, at its worst, the post-2015 debate, and sustainable development more generally, is mind-numbingly formulaic and abstract, a tedious litany of phrases intoned by negotiators and various hangers on.

What was striking, talking to Latin American governments, is that many of them have strongly held beliefs about how development should be done differently – in the real world, and at a scale that makes a difference to the lives of large numbers of people. Coming from Europe, where governments are fiddling around the edges and hoping things will get better in a decade’s time, it’s very refreshing to hear Latin America countries argue about which of the many models that coexist in the region has most to offer its people.

By drawing on this diverse and innovative track record, the region’s governments and leaders from civil society and business have a real chance to push the new agenda away from empty language and towards a debate about the concrete policies that are needed at a time when prevailing assumptions about how the global economy works are widely discredited.

3. But the region cannot continue trying to push critical issues to the side of the negotiations.

Most Latin American countries are engaged in a struggle to build the institutions and social structures they need if they are to meet the long-term needs of predominantly urban and increasingly prosperous populations.

But many of its citizens live in conditions of chronic insecurity. Mexico has fewer people than Japan, but while the latter has around 500 murders a year, over 27,000 Mexicans were killed in 2011. You’re ten times more likely to be murdered in Nigeria than the UK, but seventy-six times more likely to be murdered in Honduras! Human security and a broader set of questions of how to build institutions that offer citizens justice and fairness are fundamental to Latin America’s future. There is also an inescapable transboundary dimension, given the role played by organized crime in driving violence and, once again, a ‘laboratory’ of innovative responses, especially in some of the more forward thinking cities.

These issues make some of the region’s governments feel uncomfortable (though others are calling loudly for a post-2015 focus on security and governance challenges), but it’s surely better for the region as a whole to get ahead of this agenda, rather than get stuck in a defensive posture.

4. Caribbean countries could keep the world’s eyes focused on the environment.

The UN is so determined to show that sustainable development is about more than the environment that there’s a good chance the new goals will be heavily skewed away from core environmental challenges.

This is especially problematic for the island states of the Caribbean, which face existential threats from climate change. These countries, along with other small island states, have long been highly influential in the climate process, but are now gearing up to try and make sure the post-2015 framework makes a contribution to environmental sustainability that goes beyond the usual pieties. This is no easy task and will require visionary thinking about what kinds of global goal have the potential to drive change in a way that adds to what is already going on in the international system.

Many of the issues discussed in the paper, as well as the points made above, apply across the Latin American and Caribbean region. However, I believe that Caribbean countries have a unique opportunity to push for a strong – and tangible – regional position on the environment, and then to advocate for it globally. They can also help answer the question of how the post-2015 and current climate negotiations should interact, given that both these processes are intended to finally be agreed at summits for leaders at the end of the same year.