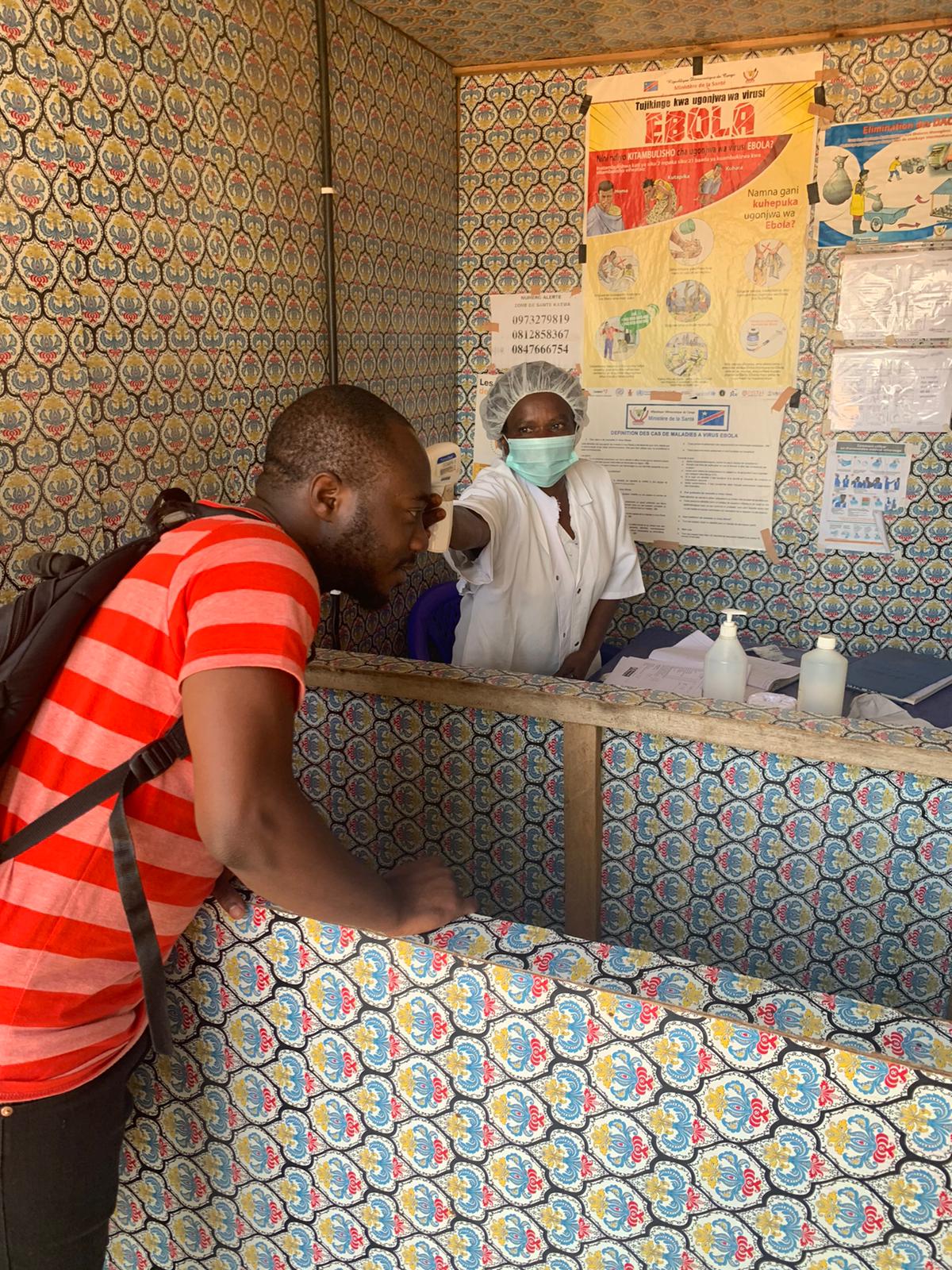 COVID-19: What the US Can Learn From the DRC's Response to Ebola

Discussions of COVID-19 often cast the Global South as the tragic victim of an imminent surge in cases. Doctors and public health experts have lamented the weak health systems in the Global South—there are fewer than 130 ICU beds in Haiti and perhaps only 500 ventilators for 190 million people in Nigeria. However, this focus on tertiary care, while justified, neglects the lessons that places like the Democratic Republic of the Congo (DRC), which has battled many epidemics before, could teach the United States about how to respond to the coronavirus pandemic.

Despite warnings from public health experts about the urgent need to implement public health measures, the US government has not moved forward with sufficient measures to curb the epidemic. Instead, websites that calculate one’s likelihood of having COVID-19 have been developed to fill in for a dearth of testing; health care workers have relied on patchwork solutions to the national shortage of personal protective equipment (PPE); and discussions about a crippled economy have begun to drown out calls for a national legislation on physical distancing. This, despite the fact that Center for Disease Control experts predicted that in a worst case scenario between 160 million and 240 million Americans could become infected. Even with the more aggressive, albeit patchwork, efforts now being made, it is clear the virus is in the process of outstripping the healthcare system’s current capacity.

And so, a country that has always prided itself on leading health innovation and life-extending technology is now discussing how to ration tertiary care resources. As the New York governor calls for 30,000 additional ventilators, the federal government is still hesitating to implement a nationwide clampdown, with President Trump even suggesting that he wants to open the country up by Easter. We ask, then, what can the management of Ebola in the DRC teach us about an effective response to COVID-19?

The DRC’s tenth and deadliest Ebola epidemic was declared on August 1, 2018, just days after the ninth outbreak ended in a different part of the country. Many of those involved in the humanitarian response, both Congolese and international, had worked on either the previous epidemic or the massive West African Ebola crisis of 2014. Therefore, the initial steps “were almost reflexive,” as one humanitarian put it. Within 24 hours of the declaration, community health workers were conducting contact tracing, and construction had begun on Ebola treatment centers.

The context of this Ebola response was extremely challenging: the virus had appeared in a densely populated urban area with over a million inhabitants, which was also an active conflict zone. Dozens of militia are present around the towns of Beni and Butembo—the epicenters of the outbreak—and numerous attacks on health facilities and humanitarian workers working in these areas have been recorded. While novel vaccines, treatment protocols, and therapeutics eventually revolutionized the way we think about and treat Ebola, the success of the response was largely due to preventive public health measures:

While the Ebola response in DRC had a number of serious flaws, given the challenges it faced, its successes are remarkable: the last Ebola survivor was discharged from a treatment center on March 3, 2020.

Today, while also working to stop a measles epidemic and ensuring that Ebola does not resurface, the Congolese government has already begun a national fight against COVID-19. On March 18, only days after announcing the first COVID-19 case, the government closed schools, churches, bars, and restaurants; banned social gatherings, including weddings and funerals; and limited international travel. Less than a week later, with 48 cases of COVID-19 in Kinshasa and 3 COVID-related deaths, the state fully closed national borders, grounded planes (except those carrying freight), and imposed a 21-day partial lockdown of the capital Kinshasa. These national efforts for physical distancing are accompanied by mandatory temperature screening and handwashing at public places, rigorous contact tracing with surveillance of these contacts, and efforts to scale up testing capacity, the production of protective equipment, and the manufacturing of prophylactic medication.

The DRC is not alone in recognizing the importance of prevention. Singapore, for instance, one of the countries with the most rapid initial spread of COVID-19, acted quickly to assemble the Ministry of Health, the national police force, and the country’s scientists. Building off of what they had learned fighting SARS, Singaporean experts developed and implemented national physical distancing, physician-led triaging of people with respiratory symptoms, and aggressive quarantining. In addition to these measures, the government established a clear and concise public health communication strategy with the public, in the form of daily WhatsApp messages and virtual Q&As with government experts.

Focused on prevention, the DRC’s Ebola and COVID-19 responses and Singapore’s COVID-19 response contrast sharply with the United States’s response to COVID-19. Even as America has become the epicenter of the epidemic, the US government has not enacted the national public health measures that have been recommended by the World Health Organization (WHO) and proven effective elsewhere. Some local and state governments have attempted to enforce physical distancing, but contact tracing has been largely abandoned, testing remains inaccessible to the majority of Americans with symptoms, isolation of possible and confirmed COVID-19 cases has been left up to individuals, and the production of much-needed protective equipment is left the private sector.

A nation’s response to a disaster reveals its strengths and its dysfunction. The deep-rooted American belief in economic and civil liberties has forestalled the imposition of public health measures intended to protect the public good. While, historically, the most effective health interventions, from clean water to antibiotics to vaccines, have all been collective investments in public goods, Americans continue to resist limits to freedom of movement or other civil liberties. And so, the nation’s fight against COVID-19 will be managed by healthcare providers in tertiary centers, in spite of clear evidence that demonstrates that these are already being overrun.

In stark contrast to the US’s privatized approach, the DRC has largely taken up WHO’s eight-pillar model in designing their national task force, with a focus on public health measures. Given that three-quarters of Congolese live in extreme poverty and rely on their daily labor to eat, it is not clear whether the Congolese approach will work. Certainly, the costs of shutting down the economy could be devastating, as 43 percent of the children in the country already suffer from chronic malnutrition. On the other hand, hundreds of thousands of Congolese could die from COVID-19. In days to weeks, the Congolese government will have to decide whether the deaths from starvation due to its efforts at physical distancing outweigh the projected deaths from COVID-19.

In the DRC, as in the US, COVID-19 will destroy much before it is eradicated. Despite their shared emphasis on prevention, Singapore has 250 times as many doctors as the DRC, the the capitol Kinshasa has just 50 ventilators for a population of 12 million. The thin silver lining may be this—that those who make it to the other side of this epidemic will encounter a changed world. If SARS was the “wake-up call” that helped Asian countries prepare for this epidemic, may COVID-19 be a call to all of us living on this globe to further examine and understand our investment in public health prior to the next pandemic.