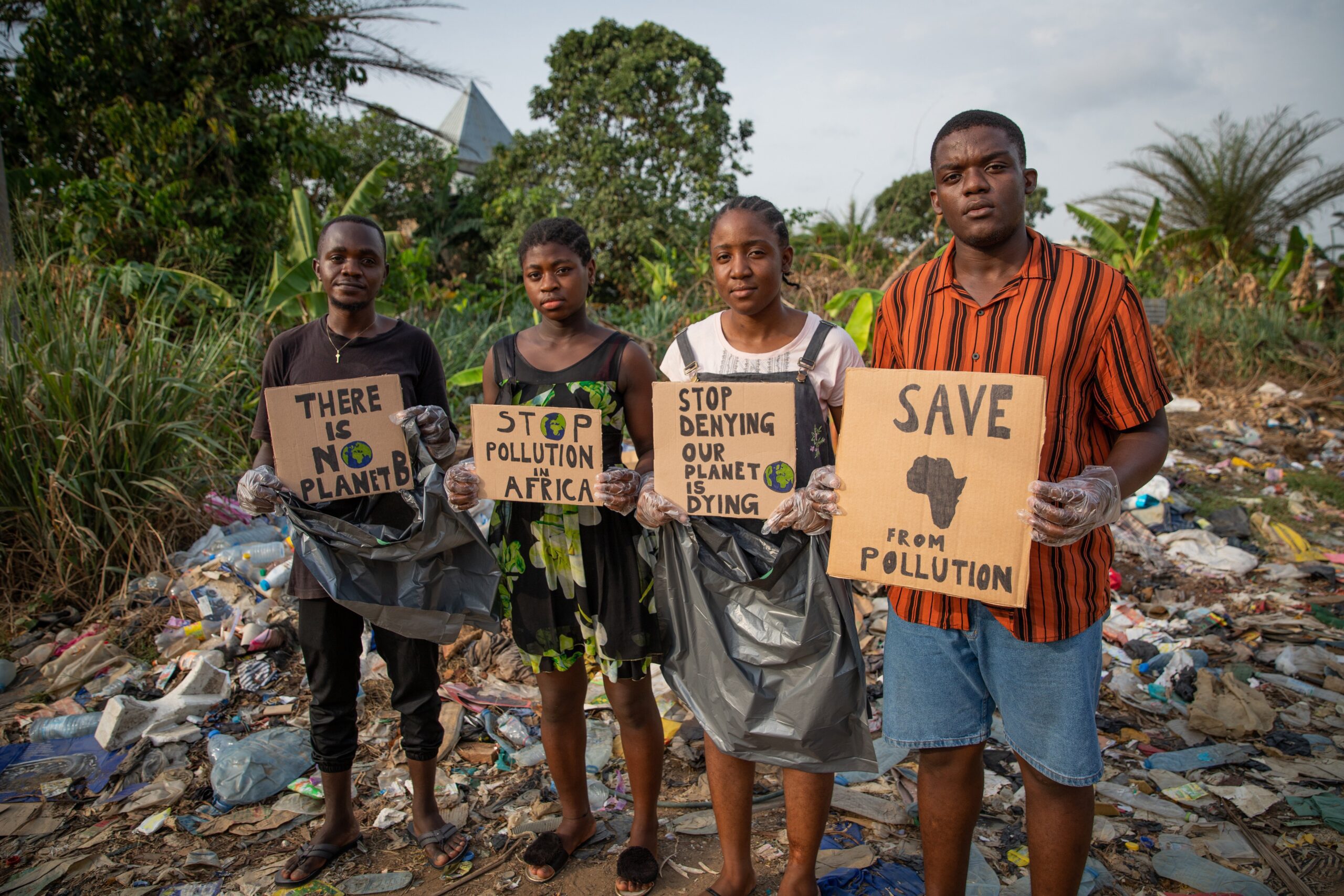 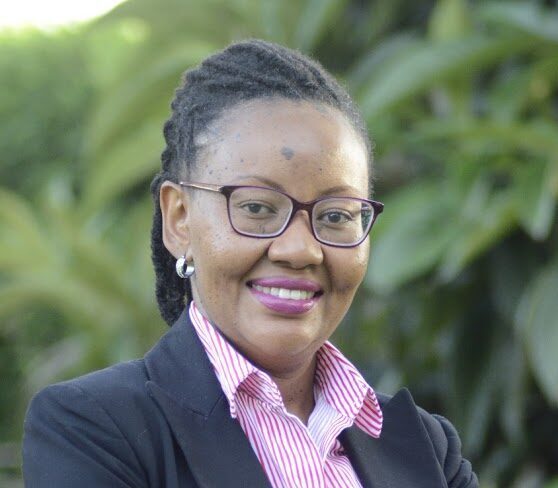 Reflections on the 2022 UN climate conference

The 27th United Nations Climate Change Conference of Parties (COP27), was dubbed “The African COP,” taking place on Africa soil once again since 2016. The expectation was that Africa’s issues would get much more attention, not just in rhetoric but in commitments and action. Africa evidently has borne a huge brunt from the human induced climatic changes on the globe.

Upon reviewing recent news reports, we can see that COP27 took place against a backdrop of great suffering occasioned by extreme weather conditions—all associated with climate change. Floods in South Africa, West and Central Africa have resulted in hundreds dead, millions displaced, and property and infrastructure worth billions of dollars destroyed. On the other side of the continent, millions of people and animals continue to face starvation as a result of prolonged drought in the Horn of Africa.[1] Africa has maintained that they are victims of actions not of their own making. They are the least emitters, contributing 4 percent of global greenhouse gas emissions, yet bear the greatest brunt from the impact of climate change. So, what was Africa expecting from this COP27?

In the days leading up to the start of COP27, the Chair of the African Group of Negotiators (AGN) on climate change said that the Africa group was looking forward to there being concrete decisions on the global goal of adaptation (which is a key pillar of the Paris Agreement on Climate Change meaning to reduce countries’ and communities’ vulnerability to climate change by increasing their ability to absorb impacts). He noted that the latest IPCC Working Group Report on Impacts, Adaptation and Vulnerability had highlighted the annual cost of adaptation in developing countries as ranging from USD 140 billion to USD 300 billion by 2030. For this reason, Africa was calling for adaptation financing to match these figures. At the UN Climate Change Conference in Bonn in June 2022, African countries joined other low-income, climate vulnerable countries across the globe, calling for high-income, high-emission countries to compensate those suffering deleterious consequences as a result of climate change for loss and damage, advocacy that has been going on for years. This goes beyond just funding for adaptation and enters into the realms of climate justice.

The Loss and Damages Fund

On November 20, countries made the landmark decision to provide loss and damage funding for countries most impacted by climate change effects. The breakthrough decision on compensation for loss and damage, can be considered as arguably the biggest win from this COP27. This included the creation of a dedicated fund to support the nations that are most vulnerable and most impacted by the adverse effects of the climate crisis. They will be supported for losses arising from droughts, floods, rising seas, and other disasters attributed to climate change. There was also a call for new funding arrangements. To flesh this out, a transition committee, made up of representatives of 24 countries, was created to make recommendations on how to operationalize both the new funding arrangements and the new fund, to be discussed at the next COP.

As they say, the devil is in the details, and the hard work of crafting the parameters of this fund has just begun. Who should contribute and how much? Who should benefit and how much will be paid out are some of the issues that the transition committee will need to grapple with. Experts have raised even deeper questions about how damages will be quantified, including direct and indirect damages; the time horizon of what will be considered eligible damages; to what extent can damages be attributed to climate crises, and not other issues; how the fund will be managed and capitalized, including the determination of conditions of what can be funded; coordination and harmonization with other relevant existing funds and instruments; and many others that we will begin to see as the details become clearer.

Inside the COP27, was the launch of another fund that did not receive as much attention as the Loss and Damages Fund. This is the Global Shield Financing Facility that was announced by the World Bank on November 14. This facility will support the Global Shield Against Climate Risks, a joint initiative of the G7 and V20 that was also launched at the COP27. The facility will provide grants to developing countries to better protect vulnerable people from natural disasters by pre-arranging more financing before disaster starts.

“The facility will finance integrated financial protection packages that offer coordinated and consolidated financial support to those vulnerable to climate shocks and disasters. These financial packages will complement investments in climate adaptation and disaster risk reduction. Such packages will also enable and mobilize private capital for improved financial resilience, by offering private financial solutions, including insurance and other risk transfer instruments such as catastrophe bonds.”

The Global Shield Financing Facility can be added to the list of climate related funds and financing mechanisms targeted at developing countries, including: the Global Environment Facility’s Least Developed Countries Fund that was established to amongst other things support least developed countries in preparing their National Adaptation Plans of Action; the Special Climate Change Fund whose objective is to finance projects relating to adaptation, technology transfer and capacity building; the Green Climate Fund whose mandate is to support developing countries raise and realize their Nationally Determined Contributions targets; as well as the IMF Resilience and Sustainability Trust created to support low-income and vulnerable middle income countries address structural challenges that pose macro-economic risks including climate change.

The plethora of funds, at face value, always looks like a very positive step. This is undoubtedly the case, however missed funding targets by developed countries and difficulty in accessing the funds by African countries have remained as key constraints. According to the OECD, between 2016-2019 developed countries have fallen short of the USD 100 billion annual target for climate action in developing countries, yet this target is well below the estimated financing need. Africa has received only about USD 20 billion of this between 2016-2019. The Africa Group of Negotiators on Climate Change, have actually assessed the scale of need as rising to USD 1.3 trillion annually by 2030.

Many reasons have been advanced regarding why Africa has not been able to access a substantial proportion of the funds available for climate change despite the acknowledged need. Key amongst them includes the fact that there have been more financing options for mitigation than adaptation in the general matrix of climate financing. The other, which is worth noting, is the fact that most African countries have not been able to put together bankable projects to the scale that would interest, especially private sector financing.

Even with the new milestone, there are capacity constraints impacting the continent, and these should not be forgotten. How can we ensure Africa can go through a just transition into a green economy that can deliver the much-needed industrialization to create jobs for the rapidly growing youth population and deliver economic growth? This is not only good for climate; it will also be good towards addressing some of the growing drivers of fragility and conflict that are plaguing the continent. Addressing these capacity constraints not only provides an opportunity for strengthening cooperation between the UN and the international financial institutions but should also help in bringing onboard multiple stakeholders such as the private sector and civil society.

[1] At the writing of this article, the situation in Somalia has greatly deteriorated, where over 7.8 million people are facing water shortages and risk starvation. UN reports indicate that they have treated over 350,000 children for severe wasting.