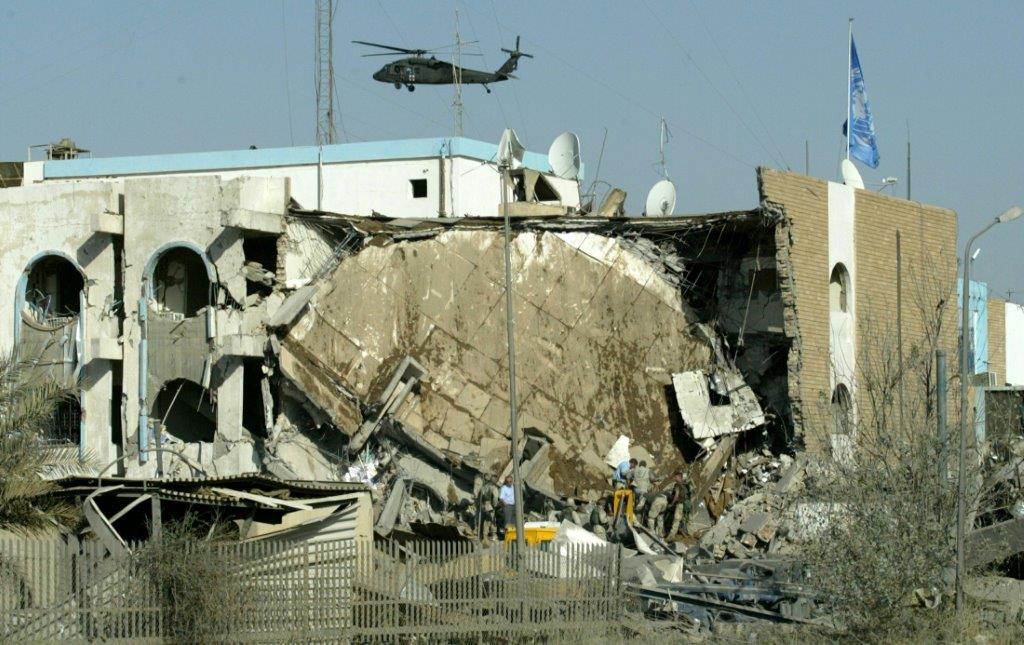 Can peacekeepers fight terrorists? Last Friday, Islamist militants killed thirty Burundian soldiers serving with the African Union’s mission in Somalia (AMISOM). The incident was overshadowed by the news of further terrorist attacks in Tunisia, Kuwait, and France. But it is an ugly reminder that multilateral peace operations, often relying on poorly equipped troops from developing countries, are in the front line of the battle against Islamist extremism across North Africa and the Middle East.

AMISOM has, by some estimates, lost over 3,000 personnel in its struggle to stabilize Somalia (the AU disputes this figure, but is cagey about its losses). In Mali, Islamist insurgents have waged an effective guerrilla campaign against African troops serving with the United Nations. In Syria, the Al-Nusra Front has taken time off from its fight against the Assad regime to take U.N troops hostage on the Golan Heights.

At a time when the U.S. and its NATO allies are wary of putting boots on the ground, the African, Asian, and Latin American forces that make up most multilateral peacekeeping forces will almost certainly be asked to take on an even greater role in countering terrorism in future. U.N veterans find this profoundly disturbing. An expert panel convened by Secretary-General Ban Ki-moon reported earlier this month that blue helmet missions “lack the specific equipment, intelligence, logistics, capabilities and specialized military preparation required” to handle violent extremists.

This is one of those pieces of policy advice that is right but liable to be ignored in a crisis. U.N officials have talked about sending blue helmets to Libya and have plans for a post-conflict mission of over 10,000 soldiers in Syria, should it ever be needed.

As my colleague Jim Della-Giacoma notes, “whether they plan for it or not, U.N peace operations know too well that they operate in places where terrorists are present.The organization once thought its impartiality would be its shield, but since the 2003 bombing of its Baghdad headquarters, the U.N increasingly finds itself a target. The way this issue is framed in the report suggests that the U.N Secretariat, its bodies and its Member States can choose whether to cross this line. But the challenge of countering violent extremism is not going away, particularly in large swathes of Africa, Asia, and the Middle East.”

You get what you pay for

UN peace operations, and regional alternatives such as AMISOM, are relatively cheap crisis management tools. As the Global Review of Peace Operations, a new website launched by the Center on International Cooperation, shows, the U.N has over 100,000 soldiers and police in the field—a record—at an annual cost of under $9 billion. That is a lot but vastly less than it would take to fund U.S. or NATO forces.

So it is tempting to ask these largely non-Western forces to take on increased risks. African governments are keen to mount more robust operations against regional threats such as Al-Qaida in the Maghreb, Al-Shabaab in Somalia and Boko Haram in northern Nigeria. African officials are critical of the UN’s caution and have heartily supported France’s robust military responses to the crises in Mali and the Central African Republic. There is likely to be a further blurring between peacekeeping, stabilization missions, and counter-terrorism operations in Africa—most likely under a mix of U.N and regional mandates, whatever the UN’s qualms.

Yet this could also be a recipe for disaster if the peacekeepers continue to lack the specialized equipment and training highlighted by Ban Ki-moon’s panel. In Mali, for example, U.N units deployed without the kit or knowledge needed to handle roadside bombs, leaving their convoys highly vulnerable to the insurgents. This is symptomatic of a far broader set of capacity gaps—including shortages of military helicopters, medical units, and engineers—that plague many U.N. and AU operations.

If the U.S. and its allies want these operations to play a substantial part in countering terrorist groups, they need to give them greater direct and indirect support. NATO members including the Netherlands and Nordic countries have sent intelligence experts and commandos to Mali, although this relatively small presence has not been enough to offset the mission’s wider deficiencies. The U.N hopes that increasingly capable Asian militaries, including China, will send more units—but the demand for high-end contingents and assets continues to outstrip what is available.

The Obama administration has said that it wants to rectify this problem, although not through sending soldiers of its own (the United States currently has 80 personnel in U.N missions worldwide, just behind Zimbabwe.) This September, the president will convene other world leaders for a special meeting on boosting peace operations in New York. Helping the blue helmets may sound like a fairly benign legacy project for Obama—but it is also an important of the global drive to contain international terrorism.

This article was originally published by Brookings on June 30 2015