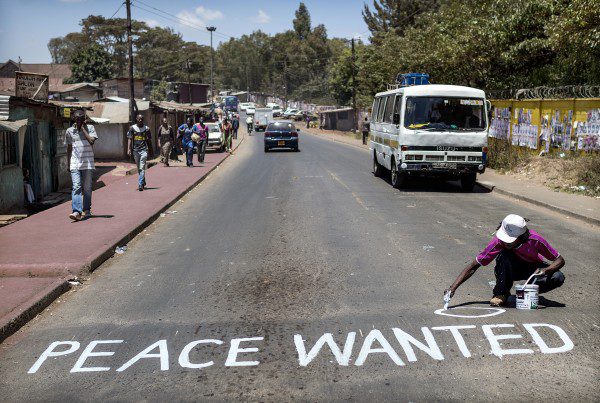 Can the UN reduce global conflict?

There has never been a better time to renew the UN’s commitment to “save succeeding generations from the scourge of war”. Recent headlines have been dominated by crises old and new: from ISIS in Iraq and Syria to Boko Haram in Nigeria; from war in Yemen, Libya and South Sudan to fighting in the east of Ukraine. Global conflict levels have risen in the last three years after two decades of decline. So the UN’s two independent panel reports (Uniting for Peace, the Challenge of Sustaining Peace) are timely. How do their recommendations stack up to the challenge?

If “don’t do stupid stuff” is your mantra, as President Obama once said in rather more robust terms, these are thoughtful, well-judged instruction manuals. In an era of much criticism of the UN, they also underline the international organisation’s achievements: keeping the peace (most of the time) in over 11 million square kilometres of territory with just 106,000 uniformed peacekeepers. That’s like policing an area the size of Europe with fewer officers than England and Wales. What is notable in the reports? They concur that political solutions are needed for political problems. While robust security plays a part, force alone is not the solution. They agree on the importance of giving a political voice, jobs and social opportunities to those excluded, engaging communities. They stress the need for a wider partnership on the political, security, justice, social and economic levers needed to avoid escalating crises, and emphasise global-regional partnerships, in particular with the African Union. They underline the long timelines needed to build peaceful institutions, a timely reminder when the failure of institutions in Iraq ten years on has spurred such a brutal blowback in the form of ISIS.

Reflecting the panel members’ deep international experience, both panels have produced detailed, largely well-crafted recommendations for changes in the UN bureaucracy to make it more agile, more focused on prevention and more able to protect civilians in the face of changing threats. Yet in the end the reader comes away with a sense that the response is not quite up to the challenge: not fiddling while Rome burns, but more handing out safety matches rather than putting out the fire.

Two points are missing. First, both reports are largely silent on the violent extremist movements, like ISIS, that have dominated popular and political concerns this year. Some of the obvious failures to prevent conflict – Libya, Yemen, and Mali – have occurred in these contexts. Uniting for Peace rightly notes that the UN does not have the capability to be used as a military response to these threats. But neither report lays out what a more comprehensive approach might look like strategically, with effective security that still builds respect for justice (“just security” as called for by the recent commission on global security, justice and governance); nor operationally, with smart ways to counter these movements politically and economically, demonstrating that citizens are better governed outside the “Caliphate” than inside. The UN has another chance to grapple with this challenge in a forthcoming action plan to prevent violent extremism in November. It cannot afford to appear to be ignoring the threat.

Second, the reports have some good ideas that are not fully developed, giving the sense that the panel members could have come up with more definitive solutions given a bit more time. These cover a broad spectrum of international action, with more focus on upstream prevention; drawing on national agency and local solutions; compacts between the international community, represented by the Security Council, and conflict-affected countries who need help; using over-the-horizon guarantees of security to protect against new and recurring risks; and bringing together an international coalition for prevention.

The current UN Secretary-General is nearing the end of his term. Most of the ideas above, as well as some recommended greater structural changes, will need to wait for his successor. While the temptation will be toward a very cautious UN response for now, there is nevertheless a chance to make international peace-building efforts stronger before the incumbent SG leaves, including at the upcoming peacekeeping summit in September. A strong SG’s response to these thoughtful reports will have twofold benefits. First, it can achieve consensus on some practical building blocks at the UN. Second and most importantly, it is more likely to put the SG on the right side of history: ensuring as part of his legacy that he has rung the warning bell on the urgency of action needed to avoid escalating conflict, and he has rung it loud and clear.

Sarah Cliffe is the Director of the Center on International Cooperation at NYU. | Twitter: @sarah_cliffe