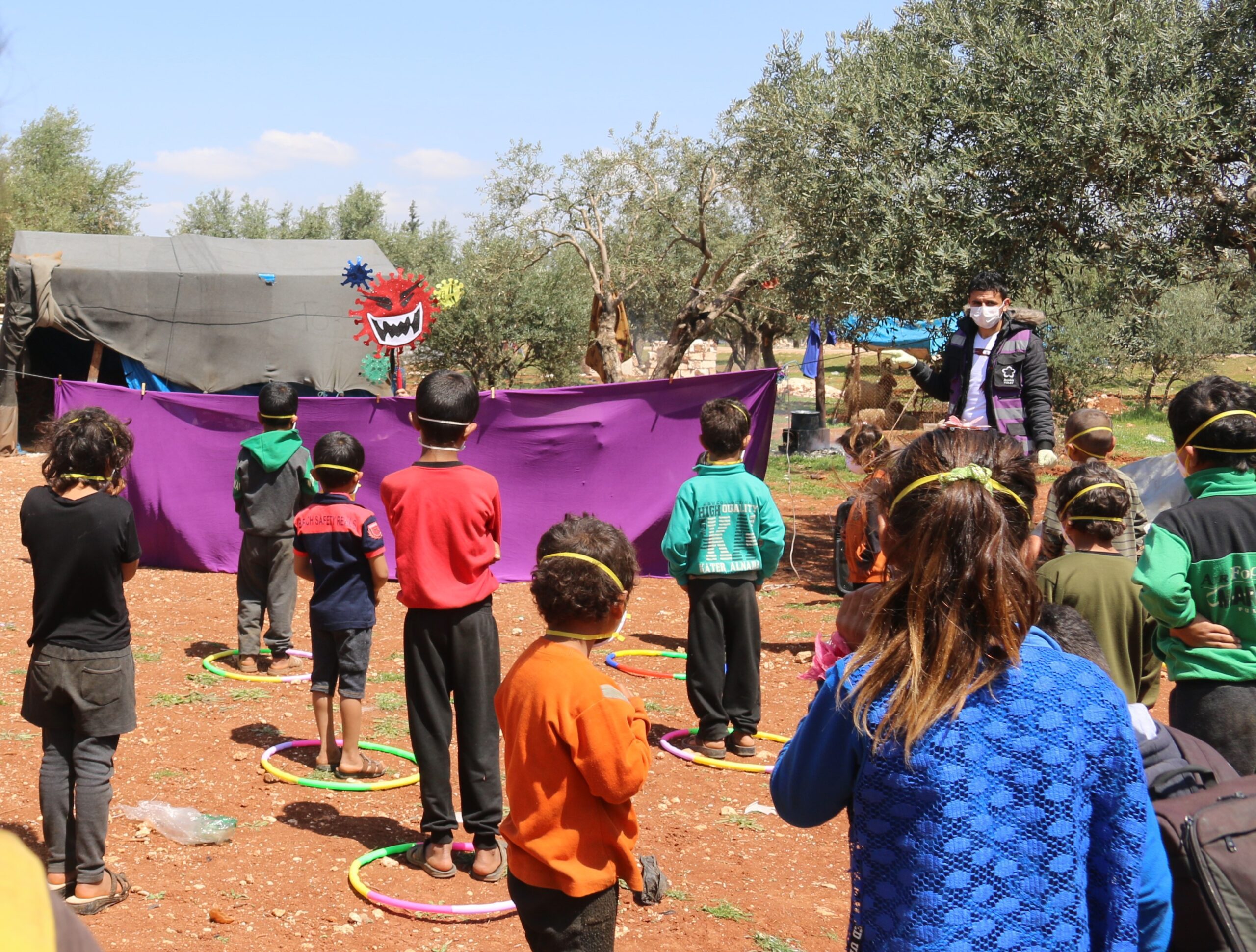 An Unexpected Reprieve in Idlib: COVID-19 and the Syrian Ceasefire

As the war-torn province of Idlib braces itself for the deadly impact of the coronavirus pandemic, there has been some startling good news for Syrians there. For several months, the Syrian Observatory for Human Rights has recorded fewer and fewer civilians killed in combat in the province. The figure for June, at 68 civilian deaths, was the lowest monthly total since the conflict began in 2011.

This remarkable development did not come about solely because of the pandemic. It is partly the result of an agreement reached on 6 March between Russia and Turkey, who back opposing sides in the conflict, after an attack that killed 30 Turkish soldiers changed the dynamics between the two. At the same time, as a precaution, Syria suspended conscription and temporarily halted its on-the-ground operations in the region. Fear of COVID-19, and the havoc it might wreak on civilians and combatants alike, has given the agreement an unlikely momentum—one that had eluded the best efforts of a succession of leading diplomats and United Nations (UN) peace envoys for the better part of a decade.

But this is no time for congratulations or sighs of relief. Idlib, now home to more than 4 million people, mostly men, women, and children displaced by the conflict, has also been in the headlines for the wrong reasons. Up to one million displaced Syrians remain stuck at the border with Turkey, mostly confined to overcrowded, barely habitable camps, with nowhere to go. Even before the pandemic, the UN had identified the displacement situation in Idlib as the worst humanitarian crisis in the country since the war began some nine long years ago. Now, with the economy in a tailspin because of the virus, malnutrition is running rampant and the specter of a famine looms large.

These are precisely the kinds of conditions under which the coronavirus will thrive. Nor is there solace to be had from the province’s low number of registered COVID-19 cases to date. Since July 8, northwest Syria has gone from zero confirmed infections to 51, at least 18 of which are in Idlib. The World Health Organization (WHO) and other humanitarian actors fear the numbers are already much higher and about to see an inexorable rise. Indeed, confirmed cases are quickly climbing in the rest of Syria, while the country’s neighbors, including Turkey and Lebanon, are struggling to contain their own outbreaks. Idlib, known as the “last refuge” for displaced Syrians, is surrounded in more ways than one.

Even if the ceasefire holds, the impact of a decade of war means the region is in no way equipped to handle the virus. Its hospitals and clinics have been purposefully destroyed, and the vast majority of its medical personnel have either fled the province or been killed. According to Dr. Munzer al-Khalil, the head of the Idlib Directorate of Health, only 600 physicians remain, who serve a population of more than 4 million people—a ratio of fewer than 2 physicians per 10,000 people. Local doctors have been pleading with the humanitarian system to step up efforts to assist the region, warning that 100,000 people could perish from COVID-19 if support is not forthcoming. Thus far the international response has been muted.

Many of these concerns also extend to the rest of Syria, where the health system has all but collapsed and where death and destruction have become part of the rhythm of daily life. More than 6.5 million people have been uprooted from their homes throughout the country, and tens of thousands—perhaps more than 100,000—remain imprisoned in conditions so dire that they constitute a crime against humanity. But Idlib has been particularly affected. Almost 70 percent of recorded attacks on healthcare in Syria between 2016 and 2019 occurred in the area. The recent displacement of over a million people was the largest and swiftest since the war began.

The lull in fighting presents an opportunity to begin addressing the tragic situation in Idlib before the coronavirus overtakes it. Several steps must urgently be taken if that opportunity is not to be squandered. First, humanitarian and medical assistance must be ensured immediate and unfettered access to Idlib. It is unconscionable that such assistance is today largely limited to one border-crossing from Turkey (reduced from two earlier this year and from four last year), as a result of bickering among the member states of the UN Security Council. Aid should be increased, not imperiled, as seems to be the case today.

Second, every effort must be made to improve living conditions among especially vulnerable populations. Those displaced along the border with Turkey are of utmost priority. Overcrowded and unsanitary conditions in the settlements were already intolerable; now they are a public health calamity in the making. The government of Syria also needs to act urgently to release the tens of thousands of Syrians it has arbitrarily detained, especially those held in makeshift, secret places of detention and subsisting in inhumane conditions. These are conditions that the virus will exploit with a particular vengeance.

Third, the fragile ceasefire ironed out by Russia and Turkey beginning March 6 needs to be solidified even as the news suggests challenges to the truce continue. Russia and Turkey should exert their full influence to ensure no further attacks by the Syrian government and its allies or provocations from the Idlib region by armed groups. All diplomatic and political pressure should be brought to bear toward this end.

Finally, this is a moment to reinvigorate the Geneva peace process. As a first step all parties to the conflict, including the Syrian government, must work closely with UN Special Envoy Geir Pederson and his team to bring about an immediate formal ceasefire and to finally begin addressing the root causes of the war.

The irony of the good news of decreasing numbers in civilian deaths should not be lost on parties to the conflict in Syria. The coronavirus may have brought a lull in the war, but unless this opportunity is seized and all parties give priority to fighting the coronavirus while maintaining the peace, it may be the lull before a terrifying perfect storm.

For a more on the situation in Idlib, see the authors’ May 2020 briefing “Last Refuge or Last Hour: COVID-19 and the Humanitarian Crisis in Idlib.”