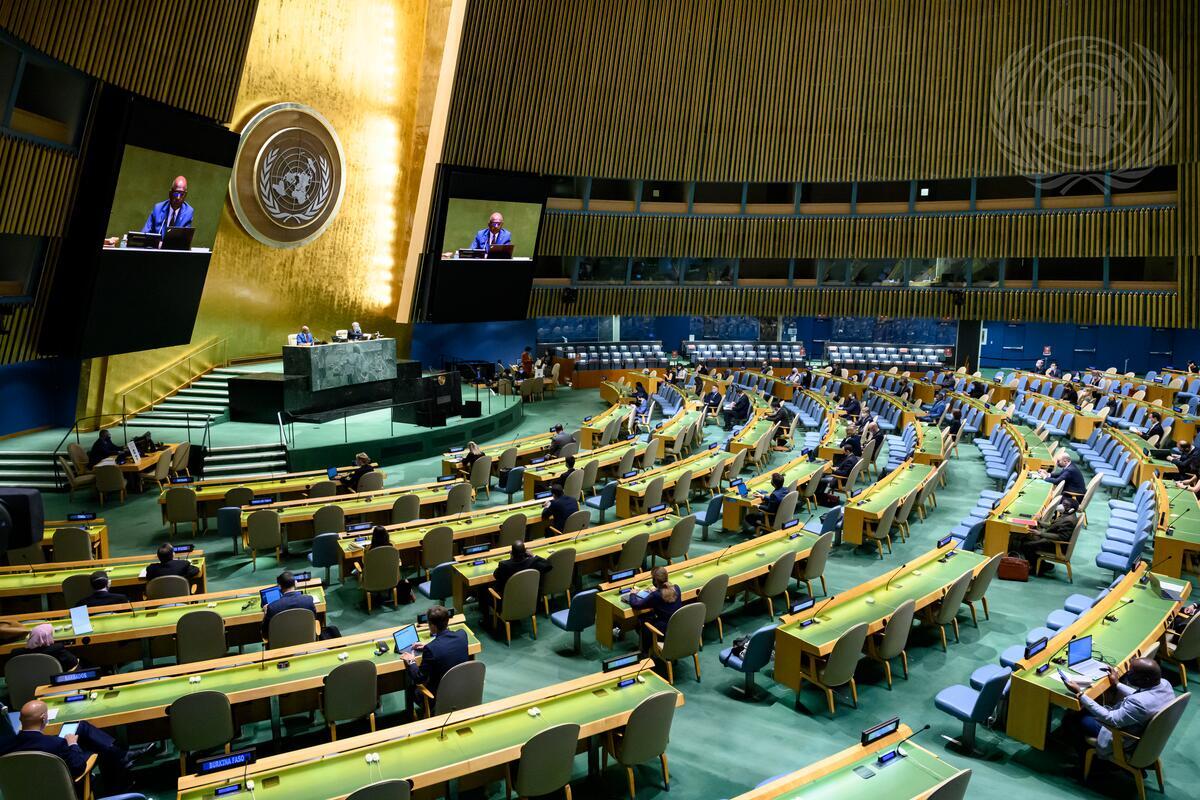 A Global Consensus on Sustaining Peace

Benjamin Franklin once said that an ounce of prevention is worth a pound of cure. The United Nations membership acknowledged this, by consensus, by adopting on 27 April the most comprehensive and far-reaching peacebuilding resolutions in the Organization’s history.

To say that the world is going through difficult times is an anodyne understatement. The number of simultaneous security and humanitarian crises facing the world is enormous – affecting millions and placing unprecedented strain on the United Nations system to respond.

The extent of the situation was laid bare in the Report of the Advisory Group of Experts (AGE) on the UN’s Peacebuilding Architecture entitled “The Challenge of Sustaining Peace”, released on 29 June 2015. This Report was commissioned by the United Nations as the first stage of a comprehensive Review of the UN’s peacebuilding efforts.

Led by former Guatemalan Ambassador Gert Rosenthal, the assessments were stark as to the global peace and security challenges faced, and the sustainability of UN peacebuilding efforts to date. The Review presented the international community with a call to action and outlined an extensive range of practicable and far-reaching recommendations to fundamentally shift how the UN works to build and sustain peace.

As co-facilitators of the second or intergovernmental stage of the Review, we were entrusted with the responsibility of transforming the ambitious recommendations of the AGE report into comprehensive and substantially identical resolutions of the General Assembly and the Security Council.

In January 2016, intergovernmental consultations began. Following three months of intense negotiations, consultations concluded in late March, with the UN General Assembly and UN Security Council meeting on 27 April in a rare parallel process to adopt, by consensus, the most comprehensive UN peacebuilding resolutions to date.

The General Assembly and Security Council adopting such detailed and cross-cutting resolutions is a clear reflection of the importance that the international community places on peacebuilding to collective peace and security efforts, and its willingness to explore options to find durable solutions.

The resolutions include specific, innovative actions to bring greater coherence and effectiveness to UN peacebuilding. They affirm that effective peacebuilding is a shared responsibility of the entire United Nations system, and covers a wide-range of political, development, and human rights engagements. Of critical importance, the resolutions embed – for the first time at the United Nations – the concept of ‘sustaining peace’.

‘Sustaining peace’ looks to shift peace and security responses from linear and sequential activities to a more comprehensive and strategic approach aimed at preventing the outbreak, escalation, continuation and recurrence of conflict. ‘Sustaining peace’ represents both a goal and a process that requires inclusive nationally-led responses, with the sustained support and attention of the international community. ‘Sustaining peace’ is fundamental to all of the UN’s peace and security, development and human rights engagements, and needs to be prioritized in the field and at UN Headquarters.

Critically, ‘sustaining peace’ requires a greater focus on efforts to prevent the lapse and relapse of conflict. Indeed, the need to better invest in conflict prevention was a central finding of all three UN peace and security reviews in 2015 – the AGE, the High- Level Independent Panel on Peace Operations, and the Global Study on UN Security Council Resolution 1325. Through the peacebuilding resolutions, the UN membership has made clear its expectations of how the UN system should implement these efforts.

The important role of the Peacebuilding Commission is also affirmed through the resolutions. This particularly includes its work to: promote a strategic, integrated and coherent approach to peacebuilding; serve a bridging role between the General Assembly, Security Council, Economic and Social Council and other UN entities; and provide a platform for countries to bring their peacebuilding priorities to the international community’s attention without the risk of stigmatization. The Peacebuilding Commission is also encouraged to diversify its working methods and rules of procedure to enable it to operate more flexibly and with a greater focus on regional and cross-cutting issues.

The peacebuilding resolutions additionally call for greater operational and strategic coherence across the UN system, improved joint analysis and planning, strengthened leadership, and a greater focus by the Economic and Social Council, Human Rights Council and UN development system on sustaining peace, including through the overarching framework of the UN’s operational activities for development (the upcoming Quadrennial Comprehensive Policy Review).

In line with the findings of the 2015 reviews, the resolutions recognize that the scale of global peace and security challenges requires partnership and cooperation between the United Nations and other key actors, including regional and sub-regional organizations such as the African Union, international financial institutions, civil society, and the private sector. The importance of United Nations cooperation with the World Bank in assisting conflict-affected countries receives specific attention. The resolutions also emphasize the important role of women and youth to sustaining peace.

The resolutions close by inviting the next UN Secretary-General to report back on implementation of the resolutions at the 72nd session of the General Assembly held in 2017-18. This includes a request to provide options to increase, restructure and better prioritize funding to United Nations peacebuilding, consistent with Member States’ recognition of the need for predictable and sustained financing to this work. Through this request, it is hoped that Member States will be provided with a range of comprehensive and innovative options on how to stabilize UN peacebuilding financing.

Of course, the long-term impact of these resolutions is contingent on their effective implementation. For this, we turn to the United Nations system and implore it – along with other international peacebuilders – to take the opportunity presented to build on the current global consensus, to bring a comprehensive, coherent and coordinated approach to sustaining peace, and to position the organization so that it is able to respond to the global challenges of our age.

Ismael A. Gaspar Martins in the permanent representative of Angola to the United Nations in New York.

Gillian Bird is the permanent representative of Australia to the United Nations in New York. Twitter: @AustraliaUN