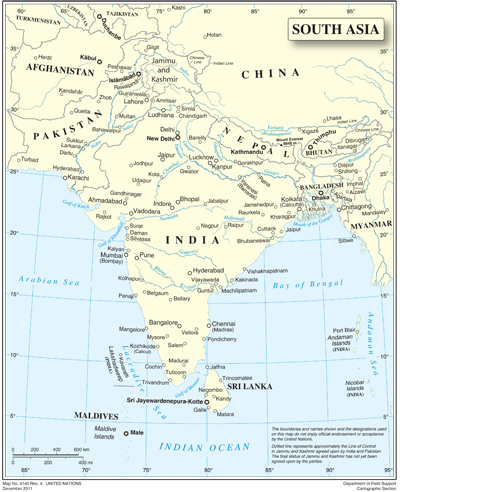 A Discussion on US-Afghan Relations

Three American presidents have spent nearly 16 years alternately cajoling, coaxing, threatening and bombing Pakistan, all with a goal of trying to change the Pakistani government’s decisions about the factions it supports in Afghanistan’s desperate civil war.

In Afghanistan, U.S. Still Needs a Plan to Win the Peace

As the Trump administration completes its review of policy on Afghanistan and South Asia, public debate is focused on the war’s military component, including President Trump’s decision to delegate decisions on troop levels to the Pentagon. Yet a few thousand more troops alone will be insufficient to end the war. A security plan, including the anticipated troop increase, must be combined with a political strategy that addresses Afghan domestic and regional factors fueling the war.

Afghanistan and Considerations of Supply

Carl von Clausewitz observed, “There is nothing more common than to find considerations of supply affecting the strategic lines of a campaign and a war.”

As US mulls strategy over country’s support for terrorist groups in Afghanistan, experts say tougher stance could drive Pakistan toward China and Russia

Beyond Stalemate in Afghanistan

To understand why the United States is stalemated in Afghanistan, one needs only read the testimony of General John W. Nicholson, Commander, U.S. Forces – Afghanistan, before the Senate Armed Services Committee on February 9, 2017. General Nicholson discussed the number and disposition of troops that might improve the terms of the current stalemate. This is the one factor General Nicholson can affect. Despite the tremendous sacrifices it will entail from the Afghan forces, it has little bearing on the war’s outcome.

The UN Security Council has the potential to play a greater direct role in crisis response and mediation not only in New York, but in the field. It has done so sporadically in the past. In its early years, the Council experimented with inter-governmental missions to investigate potential conflicts and undertake mediation in cases including the Balkans and Indonesia. In the post-Cold War period, Council missions engaged directly in crisis diplomacy in multip=le conflicts, playing an important peacemaking role in East Timor in 1999.

Barnett Rubin speaks with Hari Sreenivasan of PBS Newshour about the potential deployment of troops to Afghanistan.  A transcript of the interview is provided below.

China-India-US cooperation in Afghanistan could have huge potential

India’s decision to boycott China’s Belt and Road Forum has reinvigorated the much-needed debate on the strategic relationship between the two Asian giants. This debate comes on the heels of the February 23, 2017 India-China Strategic Dialogue in Beijing, where the two states found, among their divergences, a convergence on Afghanistan that contradicts some of Delhi’s received wisdom.