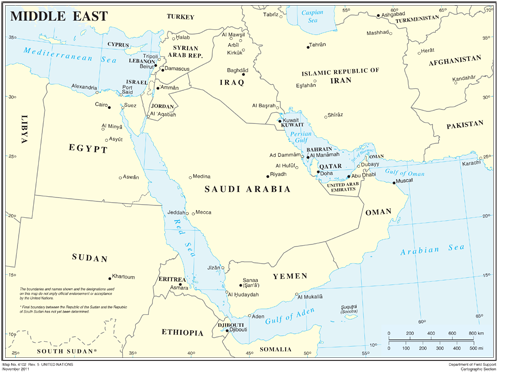 How not to intervene in Syria

Don't write off the Arab League in Syria. . .yet

Russia is trying to look tough at the U.N. Security Council this week, promising to reject a resolution backed by the European Union, the U.S. and the Arab League that calls for a political transition in Syria to end the violence there.* This is a new phase in Moscow’s efforts to defend its friend, Syrian President Bashar al-Assad, which included blocking an earlier resolution in October that threatened U.N. sanctions against Damascus. Yet while Russia can use its veto power to paralyze the council again, the diplomatic battle over Syria has highlighted its weakness in global affairs.

In trying to think through what outsiders should do to stop the killing in Syria, the only unambiguous issue is the moral one. Syrian President Bashar al-Assad is perpetrating crimes against humanity upon his own people. The “responsibility to protect,” unanimously adopted at the U.N. in 2005, stipulates that when states fail to protect their own citizens from mass atrocities, other states have an affirmative responsibility to act. Only a gross cynic—say, Russian foreign minister Sergei Lavrov—could argue that Assad has not triggered this international obligation.

Despite Past Differences, U.N.'s Ban Turns to Annan for Syria

When United Nations Secretary-General Ban Ki-moon selected his predecessor Kofi Annan last week as his envoy to mediate the ongoing crisis in Syria, most observers thought it was an obvious choice. But Ban’s decision represents an important twist in a sometimes complex relationship between the two men -- and a high-stakes attempt to maintain the U.N.’s role in the Middle East, where it has been active since the 1940s.

The U.N. Security Council Comes to Order on Syria Crisis

After months of aggressive debates over the Middle East, the U.N. Security Council is starting to calm down. Last week the council released a statement supporting Kofi Annan’s peace plan for Syria -- which calls for a U.N.-supervised cease-fire and an “inclusive Syrian-led political process” -- signaling the change of mood. The Western powers reached consensus with Russia and China on the text, toning down and cutting controversial passages, after Moscow called for daily cease-fires to let humanitarian aid reach suffering Syrians.

The Options in Syria

Bashar al-Assad said he's stop shooting on April 10. He lied.  So what now?

Kofi Annan’s new mission to Syria is among the toughest of his diplomatic career. Assad is no pushover and is not hesitant to use force to maintain his position in power—as his brutal assault on Homs shows.

The U.N. Mission in Syria: Heading for Heroic Failure?

When the United Nations sends peacekeepers to war zones, there are often excessive expectations about what they can achieve. By contrast, pessimism surrounds the U.N. Supervision Mission in Syria (UNSMIS), which is supposed to oversee a ceasefire and create space for talks between the government of President Bashar al-Assad and its opponents. U.S. officials, having fought hard in the Security Council to maximize the mission's autonomy and authority,have warned that it is too weak to succeed.

Is it time for Kofi Annan to give up in Syria?

A growing number of Western diplomats argue that it is time for Kofi Annan to step down as special envoy to Syria.