Public Lecture: Are China and the United States Rivals or Partners in Afghanistan?

CIC Director Dr. Barnett Rubin gave a lecture to students at Peking University on Monday, October 27th. In his talk, he explores the ways that cooperation in Afghanistan can positively contribute to the overall US-China relationship. He also highlights examples of where that cooperation is already taking place and proposes a number of areas that might be particularly fruitful for collaboration in the future.

Read the full lecture: Are China and the United States Rivals or Partners in Afghanistan?

No Passing Fad, Russia-China Friendship Puts West in a Bind

Russia and China are good friends these days. Chinese Premier Li Keqiang visited Moscow last week and, by signing a bundle of economic agreements, demonstrated Beijing’s disregard for Western sanctions on Russia over Ukraine. Early in the Ukrainian conflict, American and European officials hoped that Beijing would take steps to penalize Russia over its annexation of Crimea. But it has confined itself to token complaints, while reinforcing its trade relations with its northern neighbor.

Peacekeeping at the Precipice: Is Everything Going Wrong for the UN?

On October 14 through 16, Richard Gowan participated in the Challenges Forum, an annual peacekeeping conference in Beijing. The Challenges Forum is a strategic and dynamic platform for dialogue among policymakers, practitioners and academics on key issues and developments in peace operations. The aim is to shape the debate by promoting awareness of emerging issues and identifying key challenges facing military, police and civilian peace operations.

Building Capacity for Peace Operations in Response to Diversified Threats: What Lies Ahead?

On October 14 through 16, Richard Gowan will be participating in the Challenges Forum, an annual peacekeeping conference in Beijing. The Challenges Forum is a strategic and dynamic platform for dialogue among policymakers, practitioners and academics on key issues and developments in peace operations. The aim is to shape the debate by promoting awareness of emerging issues and identifying key challenges facing military, police and civilian peace operations.

China's role in UN has evolved with global crises

China, as one of the five permanent members of the UN Security Council, has been actively involved in a series of peacekeeping missions, as well as regional and international issues.

China’s Position on Post-2015 Development: Poverty Eradication at the Core 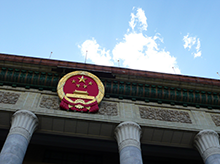 China’s development progress in recent years has driven global progress on the MDGs. Between 1981 and 2010, 680 million people were lifted out of poverty in China. This comprises three quarters of the world’s total decline in extreme poverty over the same period.

The US and the international power structure: Reviewing 'Still Ours to Lead'

In Still Ours to Lead: America, Rising Powers, and the Tension Between Rivalry and Restraint, Brookings Senior Fellow and my CIC colleague Bruce Jones sets out a compelling analysis of the present global power structure.

The UN: Memo to the next Prime Minister

“Now would be a good time to review and overhaul your UN policies – if only to make space for more pressing priorities.”

Read the full Memo to to the Prime Minister in Pragati

The Financial Times reported yesterday that China is poised to replace the United States as the world’s largest economy this year—five years earlier than expected—stripping the U.S. of a title that it has held since 1872. This development has intensified debate not only over whether China is now the world’s foremost economic power, but also over whether it is on track to displace the U.S. for global preeminence.

In April 2013, China announced it would host the fourth Foreign Minister’s Meeting of the Istanbul Process on Afghanistan in 2014. That meeting, which will take place this August in Tianjin, will represent China’s most significant regional engagement on Afghanistan to date. China’s decision to host is part of a broader pattern of increased engagement, suggesting a shift in Beijing’s posture toward Afghanistan. China has indicated that it intends to become increasingly involved in discussions on the role of the region and international community after NATO’s combat mission ends in 2014.