Striking extreme poverty by 2030: How can the New Deal help? 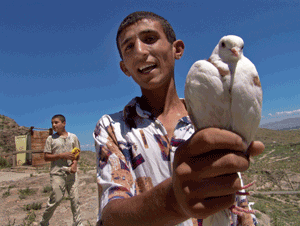 The message of the g7+ group of conflict-affected and fragile countries is clear. Solutions to conflict and poverty only work when they are nationally-owned and led. That might seem obvious, but the international community has learned the hard way that externally-imposed priorities do not add up to peace and sustainable institutions that drive development. 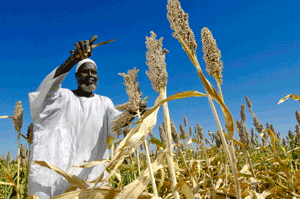 This article is published as part of  Fridays With MUNPlanet, and its special series dedicated to world politics. The aim of this series is to bring you the analysis of global affairs by the established and upcoming scholars, decision-makers and policy analysts from various world regions.

On February 15, 1989, when General Boris Gromov followed the last Soviet troops out of Afghanistan over the Friendship Bridge to Uzbekistan, the Pudong district east of the Huangpu river in Shanghai was undeveloped farmland. Once the Soviet troops left, China − which had cooperated with the U.S., Pakistan and Saudi Arabia in supplying arms to the anti-Soviet resistance − turned inward to focus on development. As part of that effort, in 1990 Chinese leader Deng Xiaoping declared “Shanghai is our trump card,” ordering the development of Pudong.

At this year’s UN General Assembly, world leaders will launch the Sustainable Development Goals (SDGs). These commit us to fighting injustice, inequality, poverty and climate change for the next 15 years. On 25 September, Pope Francis will make a historic address to the UN, rallying world leaders to his causes of climate change and poverty. On 26 September, Global Citizen’s Festival in Central Park will highlight the goals and campaign for global action. Some other key events will include UN Secretary-General Ban Ki-moon and Helen Clark (the head of UNDP) on how to turn the goals into a reality. And a Solutions Summit will highlight technologists, scientists and engineers with bright ideas to achieve the new goals.

Reducing humanitarian needs and vulnerabilities in the SDG era

The Third International Conference on Financing for Development (FfD) in Addis Ababa in July 2015 will take place against a backdrop of increasing levels and duration of conflict and displacement, more intense and costly natural hazards, and public health emergencies that do not recognize national boundaries.

The Role of the BRICS in Changing Global Governance: A Case Study of the Post-2015 Development Negotiations

Julieta Merlo visited NYU CIC from the Universidad de Chile for 3 months in 2014 to research the role of the BRICS in shaping the post-2015 development agenda. In this blog, she summarizes her findings.

We live in a multipolar world…